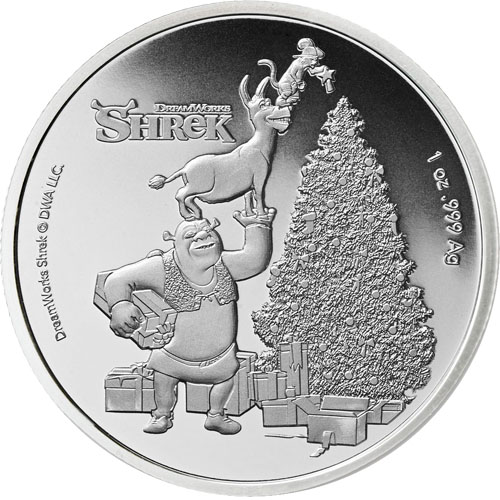 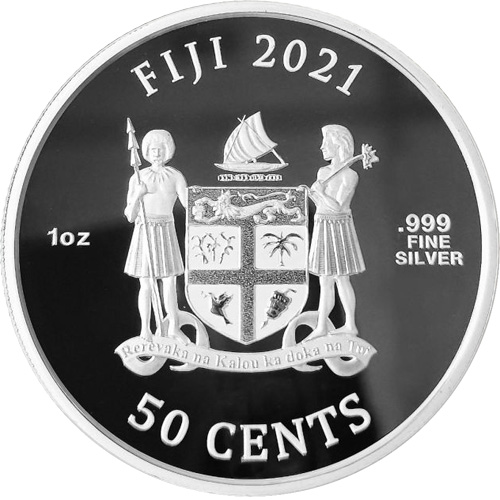 You can celebrate the Christmas season with a number of different Christmas-themed silver bullion pieces this year. While silver rounds are common, silver coins are less frequently issued. Among the new silver coins for sale this Christmas is a Shrek-themed designs with three characters from the beloved franchise. Now, 2021 1 oz Fiji Silver Shrek Christmas Coins are available to you for purchase online from at JM Bullion.

Shrek debuted in 2001 as one of the first computer-animated comedy films set in a fantasy universe. The film focused on the green ogre known as Shrek and was somewhat based on a 1990 fairy tale book written by William Steig with the same title. The film included the talented voicing of actors like Mike Myers, Eddie Murphy, Cameron Diaz, and John Lithgow for the major characters in the film.

As the franchise continued with future films in 2004, 2007, and 2010, more characters were added to the franchise and other characters, like Donkey, were expanded upon with greater roles than the original films. In this silver coin design, you will find three of the main characters from the franchise coming together to celebrate Christmas.

Obverse visuals on the 2021 Fiji Silver Shrek Christmas Coins include the Fijian coat of arms. The seal includes a quartered shield at the center with sugarcane stalks, a coconut palm, a dove with an olive branch, and a cluster of bananas in the individual quadrants. The shield is quartered by the Cross of St. George and comes with a lion at the top that is clutching a cocoa pod in its paws. The shield is supported by Fijian figures with a Polynesian outrigger canoe above the shield.

Reverse elements in the 2021 1 oz Silver Shrek Christmas Coin design include three major characters from the franchise. Shrek is the base of the character tower, with Donkey standing on his head and outstretched hand. On Donkey’s nose, Puss in Boots reaches out to put a star atop the Christmas tree. There are several presents scattered around the base of the tree.

These 2021 1 oz Fiji Silver Shrek Christmas Coins are available to you for purchase in Brilliant Uncirculated condition. The coins ship individually in plastic flips or by multiples of 25 coins in acrylic tubes. You can also purchase 500 of these coins in a box, with the coins packaged in 20 tubes of 25 coins each.

JM Bullion customer service is available to you at 800-276-6508. We are also available online using our live chat and email address features.