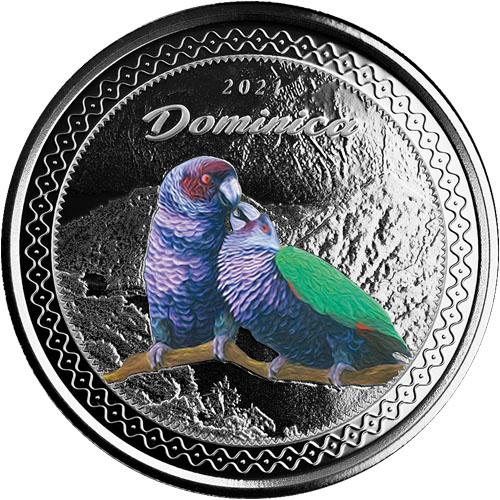 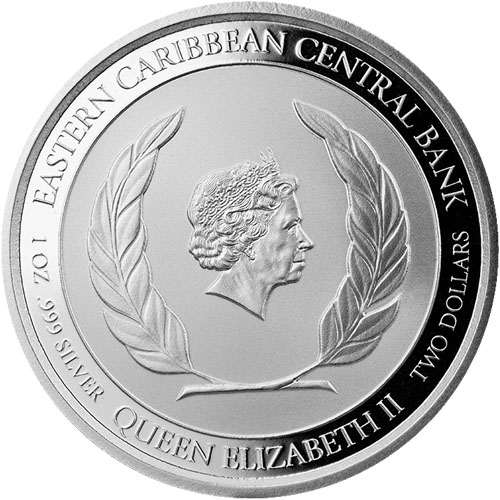 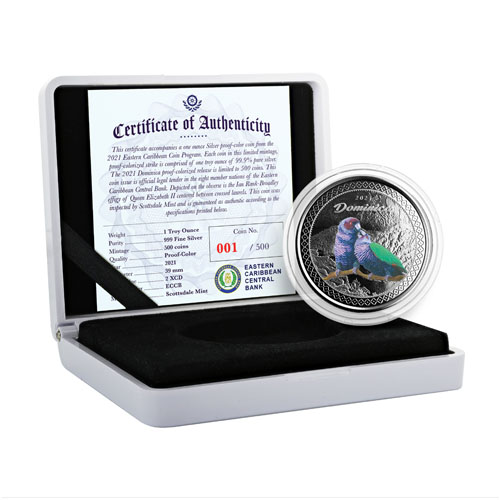 2021 is the fourth year of release for the EC8 coin series from the Scottsdale Mint. The silver and gold coins in this series feature unique designs for each of the eight island nations of the Eastern Caribbean. All eight of these territories are considered monetary authorities with the Eastern Caribbean Central Bank. The 2021 Dominica coin has been featured in all-silver and colorized designs to highlight the national bird of the island of Dominica. The 2021 1 oz Colorized EC Silver Dominica Coin BU can be purchased today online from JM Bullion.

The 2021 1 oz Colorized EC Silver Dominica Coin BU arrives at your door in a capsule with a presentation box and a Certificate of Authenticity. This coin has been struck in 99.9% fine silver in Brilliant Uncirculated condition. With a super limited mintage of only 500 coins, the 2021 coin is sure to be in high demand for coin collectors and investors everywhere.

The EC8 silver coin series has featured eight unique designs for each island nation of the Eastern Caribbean: Grenada, Anguilla, Antigua and Barbuda, Dominica, Saint Kitts and Nevis, Montserrat, Saint Lucia, and Saint Vincent and the Grenadines. Every nation, with the exception of Anguilla, is a founding member of the Organization of Eastern Caribbean States. The Scottsdale Mint has manufactured and distributed coins for all eight island territories, with 2021 being the fourth year of release.

The obverse of the 2021 1 oz Colorized EC Silver Dominica Coin BU features the effigy of Queen Elizabeth II. This portrait was created in 1998 by coin designer Ian Rank-Broadley and has been featured on many coins created under the Commonwealth, including Australia, New Zealand, and Britain. The obverse of the 2021 coin also shows the weight, purity, and value of the coin, as well as two inscriptions: “EASTERN CARIBBEAN CENTRAL BANK” and “QUEEN ELIZABETH II”.

On the reverse of the 2021 1 oz Colorized EC Silver Dominica Coin BU, the image of two Imperial Amazon parrots is shown. These parrots, also known as the Sisserou, are the national bird of the Island of Dominica and are even featured on the nation’s flag. Unfortunately, the Sisserou is a highly endangered species of Dominica. On this 2021 coin, the Sisserou is colorized, with the coin’s release year and the country’s inscription shown above.

For more information about 1 oz silver coins, contact our team at JM Bullion. We can be reached via our online live chat and email features, or you can call us at 800-276-6508.