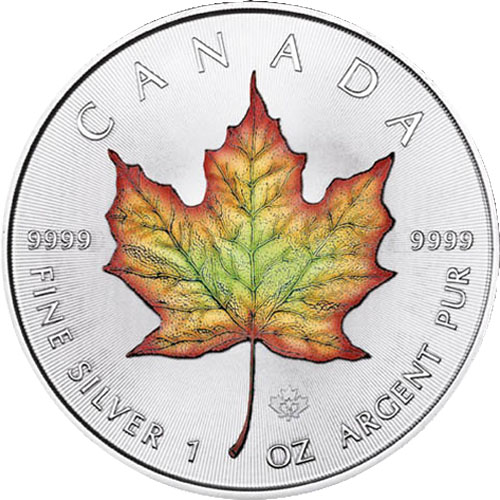 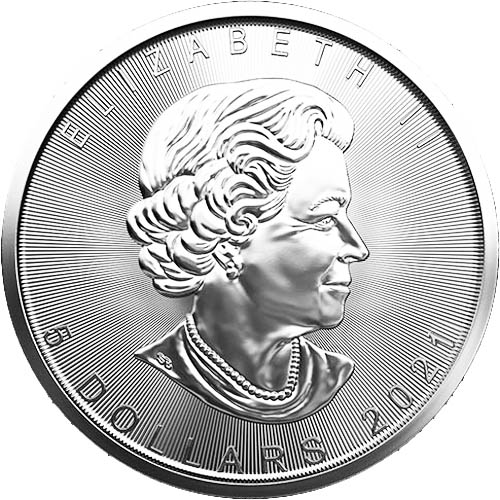 Queen Elizabeth II features on the obverse side of 2021 Colorized Canadian Silver Maple Leaf Coins. This design is the fourth-generation Canadian effigy of the Queen and it was created in 2003 by Susanna Blunt. Ms. Blunt is just the second Canadian artist to ever create a monarch effigy for the national currency, and this right-profile bust of the Queen is the first during her reign to lack a crown within the design.

These 2021 1 oz Colorized Canadian Silver Maple Leaf Coins are available with an individual protective capsule. The coins are in Brilliant Uncirculated condition and boast colorized visuals on the reverse field. Colorization is limited to the design of the sugar maple leaf and delivers an array of real-life colors to the leaf, capturing its appearance throughout the seasons of the year.