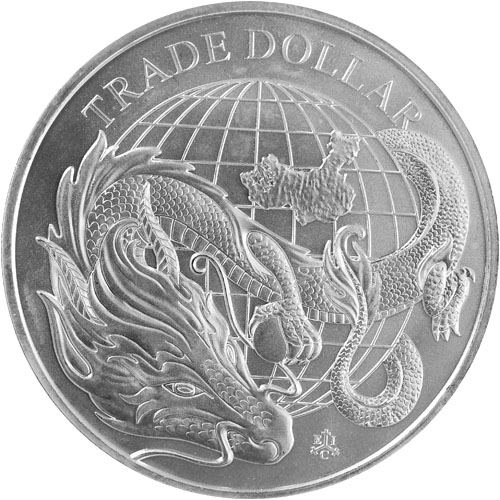 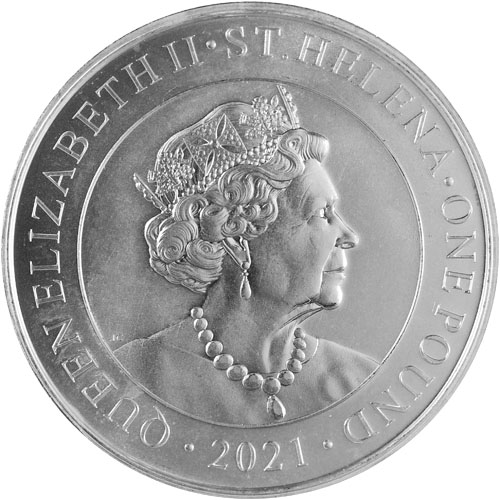 Any quantity available for $18.49 per coin over spot!
Add to WishlistLog In to add this product to your Wishlist
Free Shipping on $199+ Orders

Each 2021 1 oz Chinese Trade Dollar Silver Coin available here comes in Brilliant Uncirculated condition. Produced by the East India Company on behalf of the Issuing Authority of St. Helena, these coins are available with a face value in the Pound denomination of St. Helena. The coins are offered inside protective plastic flips.

Trade Dollars emerged in the Asia-Pacific region during the 16th century. The expansion of the Spanish Empire in the region resulted in a rise in the use of the Spanish silver dollar as a standardized form of currency for international trade between nations and economies meeting for the first time. Over the next several centuries, Britain, France, Japan, the United States, and China all issued their own trade dollars to facilitate easier trade between various nations in the region. One of the last trade dollars issued was the Chinese Trade Dollar.

Queen Elizabeth II features on the obverse of 2021 Chinese Trade Dollar Silver Coins. Her Majesty is shown here in a design known as the fifth-generation British effigy of the Queen. Created in 2015 for the Royal Mint by Jody Clark, this design is now popularly used throughout British Overseas Territories and Commonwealth Nations. The right-profile bust captures the Queen aged 89.

A Chinese dragon is found in the reverse design of the 2021 1 oz Chinese Trade Dollar Silver Coin. This modern reimagining of the late-19th century trade dollar from China shows a powerful Chinese dragon as it encircles the globe. The original Chinese Trade Dollar was devised by Cixi, the Empress Dowager of China, in 1889. She assumed the throne of the Chinese Empire following the death of her husband, the Emperor Xian Feng in 1861. The original coins featured a Chinese dragon with the weight of the silver coin stamped in English lettering.

If you have any questions about silver coins for sale, please feel free to ask. JM Bullion customer service is available to you at 800-276-6508, online using our live chat, and via our email address.