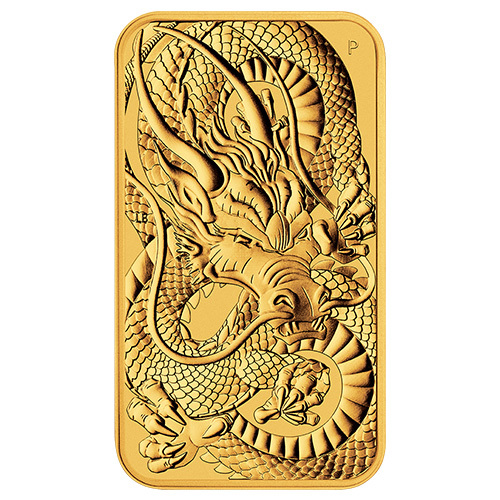 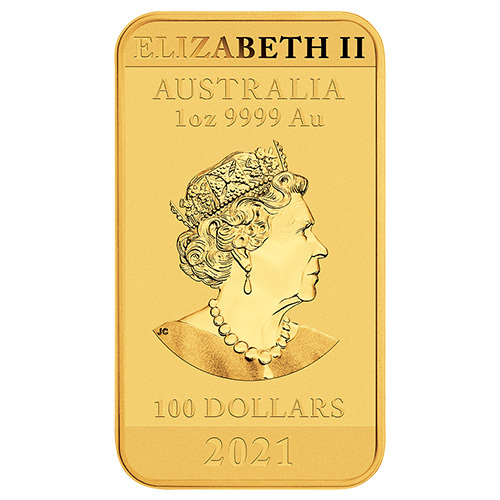 The world’s first and most prominent rectangular bullion coin series is the Australian Dragon. Launched by the Perth Mint in 2018, the impressive series of silver and gold coins for sale includes a new reverse design element every year. The focus of those ever-changing reverse designs is the Chinese dragon, a vital mythical beast in Chinese culture. Now, 2021 1 oz Australian Rectangular Gold Dragon Coins are available to you for purchase online from JM Bullion.

Chinese cultural tales are filled with stories of the dragon. The Chinese dragon is often associated, among other stories, with the formation of the four major rivers of China. It is said that the Jade Emperor took out his wrath on these four dragons for disobeying his command. The dragons wanted the Jade Emperor to respond to the pleas of the people for rain to feed their crops.

After refusing to bring rain, the dragons flew out to the sea and scooped up water in their mouths. The dragons then flew over the mainland raining down the water to supply the crops with needed hydration. As punishment, the Jade Emperor trapped the dragons on the Earth beneath mountains, which is rumored to be the source of the four major rivers in the country.

On the obverse of 2021 1 oz Australian Rectangular Gold Dragon Coins is an effigy of Queen Elizabeth II. Her Majesty is shown here in right-profile relief with the George IV State Diadem Crown on her head. This effigy was first created in July 2015 by Jody Clark for the Royal Mint of England. Starting in 2019, the Perth Mint adapted it for use on Australian coins. It is the first effigy of the Queen since 1966 to include the Queen’s neckline and shoulders in the portrait.

The reverse face of 2021 Australian Rectangular Gold Dragon Coins depicts an all-new image of the Chinese dragon. This is arguably the most menacing depiction of the dragon yet in the series. The dragon’s body curls throughout the design field, taking on the shape of an eight, a lucky number in Chinese mythology. The dragon’s claws are reaching out toward the viewer as its menacing gaze stares directly at you.

These 2021 1 oz Australian Rectangular Gold Dragon Coins are available in Brilliant Uncirculated condition. Each coin is housed in its own acrylic capsule for shipping and delivery.

JM Bullion customer service is available to assist you at 800-276-6508. Additionally, you can contact us online through our live chat and email address features.