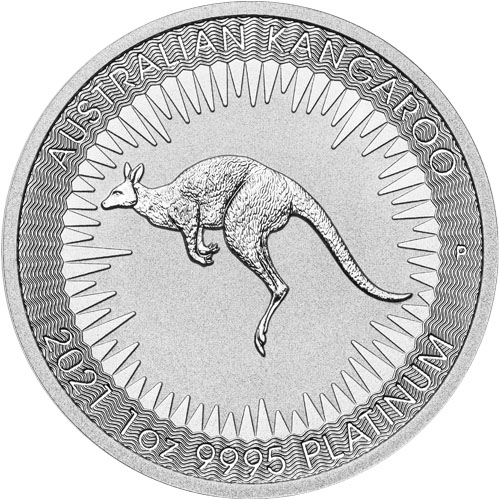 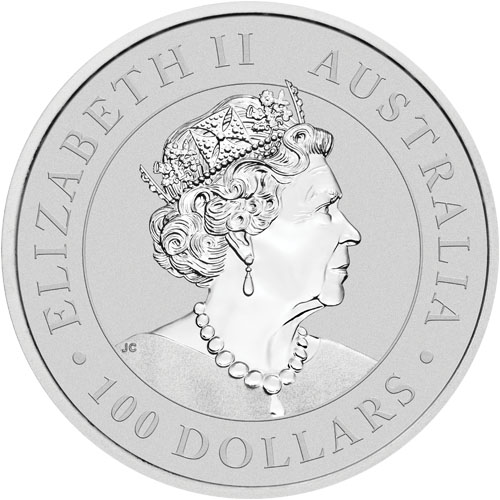 The Australian Kangaroo Series is now the only annual collection coin from the Perth Mint with an option available in three major precious metals. The Gold Kangaroo debuted in 1990, the Silver Kangaroo in 2016, and the Platinum Kangaroo completed the series in 2018 with its debut. Right now, 2021 1 oz Australia Platinum Kangaroo Coins are available to purchase online from JM Bullion.

Each 2021 1 oz Australian Platinum Kangaroo Coin available to you in this product listing is in Brilliant Uncirculated condition. These platinum coins are packaged individually inside of protective acrylic capsules. Multiples arrive inside of packaging that contains rolls of 20 coins or boxes of 100 coins with five rolls inside of the box. With an unlimited mintage, the Perth Mint will strike these coins to meet the demand of investors through the end of 2021.

Queen Elizabeth II is on the obverse face of the 2021 1 oz Australian Platinum Kangaroo coin. The Queen’s bust shown on this side of the coin is the sixth-generation Australian effigy designed in July 2015 for the Royal Mint of England as the fifth-generation British design. It shows the Queen in right-profile relief with the George IV State Diadem Crown.

A red kangaroo subspecies member is found on the reverse side of 2021 Australian Platinum Kangaroo coins. This design is inspired by the 1936 design of a leaping red kangaroo created for the Australian copper penny. The image features a kangaroo in left-profile relief leaping through the design element with a sunburst image in the background field.

Founded in 1899, the Perth Mint was the third and final branch facility of the Royal Mint of England. Starting in 1902, Australia’s federation movement changed the status of the mints in Australia. By 1965, the Royal Australian Mint had opened as a new sovereign mint for the independent nation and the Perth Mint was eventually transferred to the government of Western Australia.

If you have questions, JM Bullion customer service is here to assist you. We are available on the phone at 800-276-6508, online using our live chat, and via our email address.