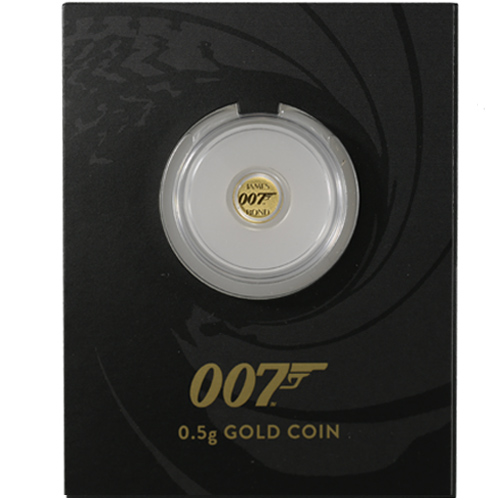 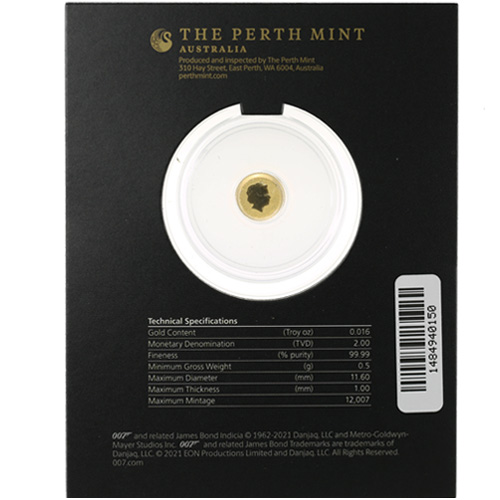 James Bond has fascinated generations of readers and moviegoers. What started out as a series of spy novels and short stories in the 1950s, the James Bond franchise has grown to include 25 official feature films, a growing library of written stories, and a number of different men who are still known to this day as Bond, James Bond. Now, 2021 1/2 Gram Tuvalu James Bond Series 007 Gold Coins are available to you for purchase online at JM Bullion.

Ian Fleming created the James Bond character in 1953 in his first novel release following the exploits of the British super spy. It was just a decade later that the Bond character leapt off the pages of a book and onto the big screen. Eon Productions created and released the first-ever film, and continues to do so to this day.

As the 25th feature film in the franchise hits theater screens in 2021, everyone is taking time to look back at the franchise and reflect on their favorite Bond. The first generation of Bond fans recall the icons of the franchise, Sean Connery and Roger Moore, as the men who played the role on TV. Younger generations are preparing to say goodbye to Daniel Craig as the latest man to play the role.

Queen Elizabeth II is featured on the obverse of 2021 1/2 Gram James Bond Series 007 Gold Coins. Her Majesty is shown here in right-profile relief wearing the Girls of Great Britain and Ireland Tiara on her head. This portrait was created in 1998 by Ian Rank-Broadley and is a popular design on Commonwealth coinage.

The familiar logo from the James Bond feature films is found on the reverse side of 2021 1/2 Gram Tuvalu 007 Gold Coins. This logo uses the call sign of James Bond, 007, with the number 7 forming the handle of a pistol. This design is prominently featured in all of the Eon Productions feature films.

These 2021 1/2 Gram Tuvalu James Bond Series 007 Gold Coins are available to you for purchase in Brilliant Uncirculated condition. The coins are presented in security cards that include details of the release on the back.

JM Bullion customer service is available to you at 800-276-6508. Alternatively, we are available online using our live chat and email address features.