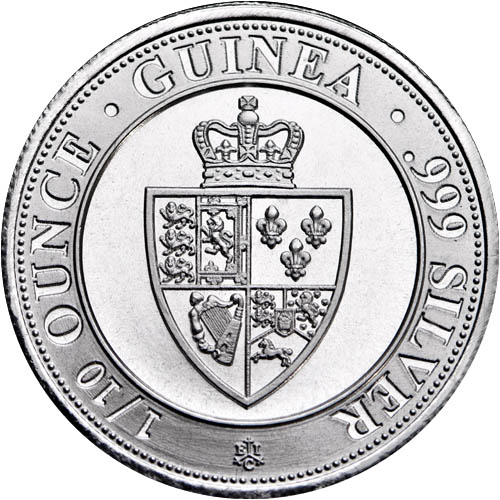 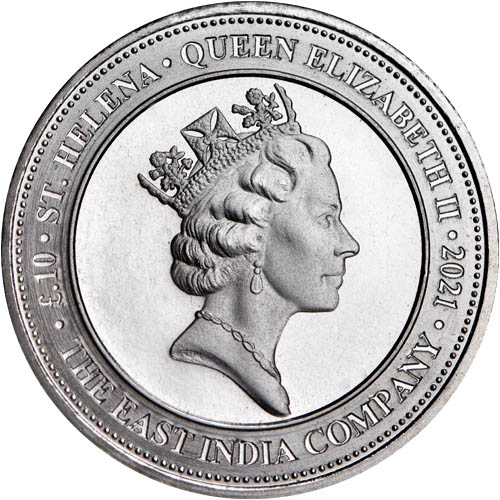 The St. Helena-issued Silver Spade Guinea Shield coin enters its fourth year in production in 2021. The popular series replicates one of the most prominent gold coinages issued by the United Kingdom when its empire was at the height of its power and global reach. The replication of the Spade Guinea design from 1787 has proven popular with investors. Now, 2021 1/10 oz St. Helena Silver Spade Guinea Shield Coins are available to you for purchase online from JM Bullion.

With East India Company design themes throughout both faces of the coin and a reverse design inspired by one of Britains most notable gold coins, the St. Helena Spade Guinea Shield silver coins debuted in 2018. The issue originally included only 1 oz silver coins through the first two date marks, with a 1/10 oz coin added in 2020.

The modern St. Helena Silver Spade Guinea Shield Coin takes its inspiration from a gold coin first issued in England in 1663. The coin made its debut during the reign of King James II and was named the guinea because the gold used in its production was sourced by the British Empire from modern-day Guinea in West Africa. The specific design shown on these modern silver bullion pieces debuted more than a century after the first guineas were struck. Known at the time as the Guinea Spade, this reverse design originated during the reign of King George III of England.

Queen Elizabeth II features on the obverse of 2021 1/10 oz St. Helena Silver Spade Guinea Shield Coins. This design comes from 1985 and was created for the Royal Mint of England by Raphael Maklouf. The design was criticized upon its debut for being out of step with the appearance of the Queen at this point in her reign, but Maklouf defended it as a timeless, regal depiction of Her Majesty.

The Guinea Spade design from 1787 is found on the reverse of the 2021 St. Helena Silver Spade Guinea Shield Coins. The design found here reflects the Royal Arms of England as carried by George III during his reign. The crowned shield has four quadrants bearing the coat of arms for the individual jurisdictions of the United Kingdom. The Three Lions of England, the Lion of Scotland, the French fleur de lis, the Harp of Ireland, and the House of Hanover coat of arms are all found on the shield.

2021 1/10 oz St. Helena Silver Spade Guinea Shield Coins are available to you in Brilliant Uncirculated condition. These minuscule 1/10 oz silver coins are packaged individually in plastic flips, by multiples of 50 in plastic tubes, and by multiples of 5,000 coins in a Monster Box.

JM Bullion customer service can assist you with questions at 800-276-6508. Alternatively, you can connect with us online through our live chat and email address features.