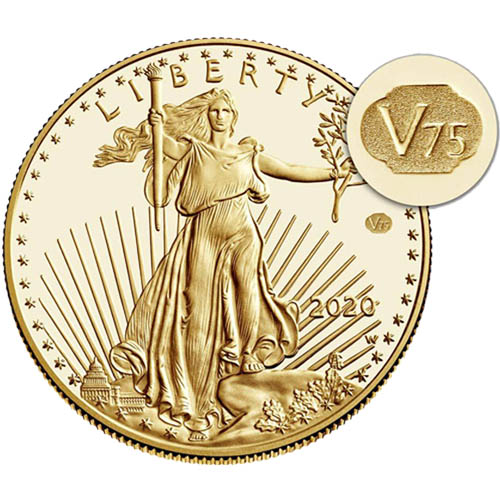 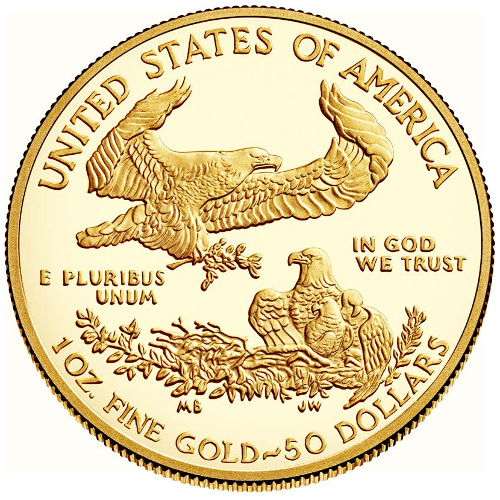 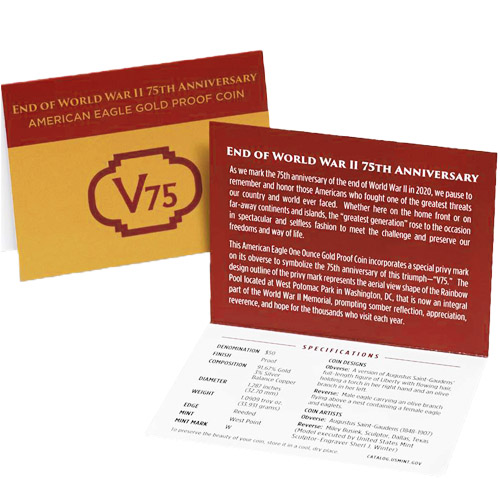 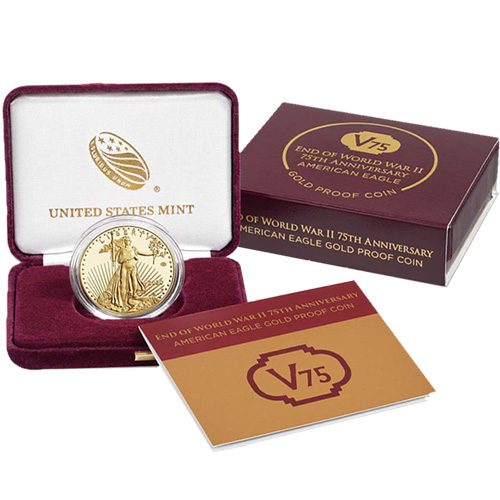 By August 1945, both the European Theater and Pacific Theater of World War II had seen a cessation in hostilities take hold. Nazi Germany had surrendered to the Allies in Europe and Imperial Japan surrendered to the United States aboard the USS Missouri in the Pacific. To mark 75 years since the guns fell silent, the US Mint issues its beautiful Proof American Eagles with stunning V75 privy marks. Now, 2020-W 1 oz V75 Privy Proof American Gold Eagle Coins are available to you for purchase online from JM Bullion.

The summer of 2020 brings about the 75th anniversary of the conclusion of World War II. A fight that ravaged the globe and cost millions of lives, World War II touched nearly every corner of the map. Americans who served the nation during this time of war are often referred to as the Greatest Generation. When the nation needed them to respond to Japanese aggression, these individuals stepped forward to free the world of tyranny and Fascism.

To mark this somber 75th anniversary, the United States Mint has issued limited-edition 2020-W 1 oz V75 Privy Proof American Gold Eagle Coins. Both coins have a V75 privy mark on the obverse in the shape of the Rainbow Pool, the reflecting pool the National World War II Memorial was built around in Washington D.C. Further, both coins have commemorative mintages. 75,000 Silver Eagles are available, honoring the 75th anniversary. For these Gold Eagles, a mintage of 1,945 marks the date of the wars end.

The obverse side of 2020-W 1 oz V75 Privy Proof American Gold Eagle Coins includes Augustus Saint-Gaudens iconic Lady Liberty design. In this impressive image, Liberty walks toward the viewer holding a torch up in her right hand with an olive branch in her left. That privy mark in the shape of the Rainbow Pool with V75 inscribed at its center is featured on this face of the coin.

Your 2020-W 1 oz V75 Privy Proof American Gold Eagle Coinis available with a protective plastic capsule inside of a maroon velvet-lined presentation case from the United States Mint. The coins come with a Certificate of Authenticity and ship in a themed shipper.

JM Bullion customer service is available on the phone at 800-276-6508. Alternatively, we are available online through our live chat and email address.