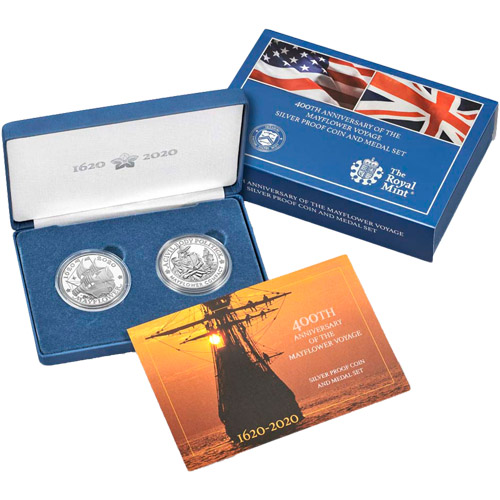 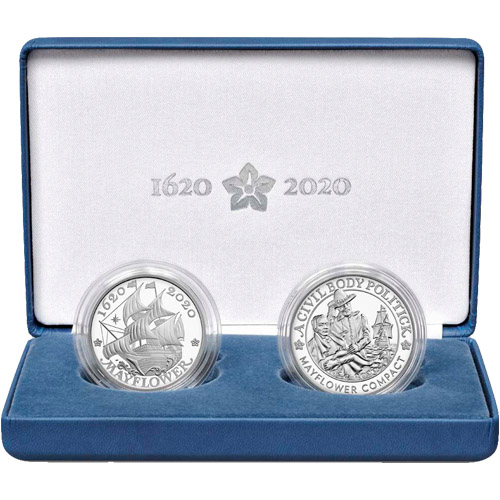 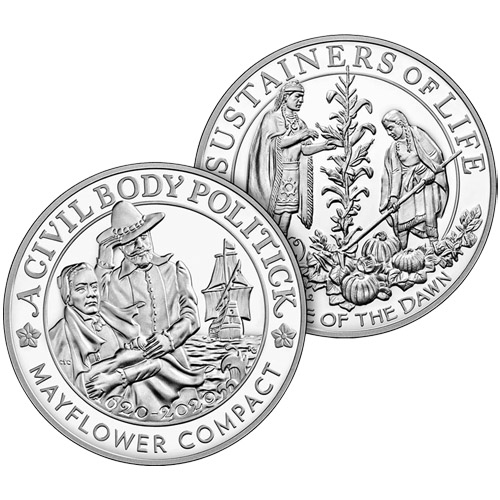 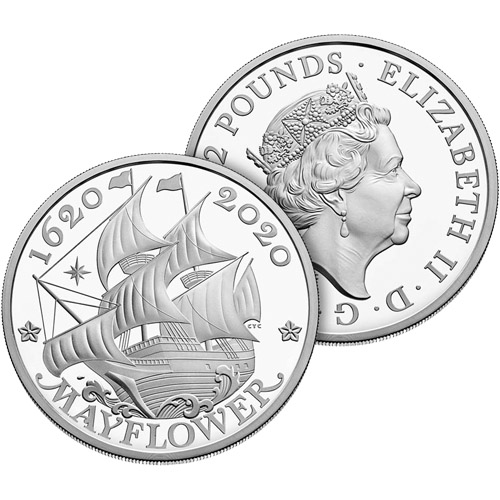 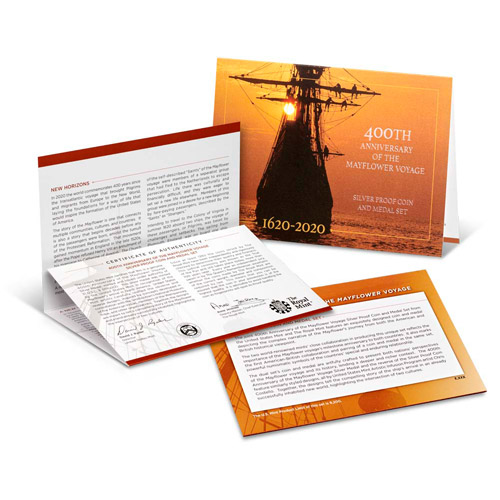 2020 marks the 400th anniversary of the arrival of the Mayflower on Cape Cod in what is now the Commonwealth of Massachusetts. The people on board that ship werent explorers looking for new riches or hoping to divert wealth directly back to the crown of England. Rather, these Puritans were running from the religious persecution of their faith at the hands of Englands King James I. Now, 2020 Proof American Mayflower Voyage Silver Coin and Medal Sets mark the 400th anniversary of the voyage and are available to you for purchase online from JM Bullion.

On the US Silver Medals, you will find separate designs from the gold set released by the two mints. The 2020 Proof American 400th Anniversary of the Mayflower Voyage Silver Medals from the US Mint feature obverse designs of a pilgrim family that has come ashore from the Mayflower and is bracing against the windy, cold winter weather of New England. The reverse side features a design of the lifeline that would be extended to the pilgrims by the Wampanoag, who shared their agricultural knowledge with the Puritans.

The British silver coins in the 2020 Proof 400th Anniversary of the Mayflower Voyage offer a right-profile portrait of Queen Elizabeth II. Her Majesty is shown in the fifth-generation design from Jody Clark. On the reverse of these coins is an image of the Mayflower.

These 2020 Proof American 400th Anniversary of the Mayflower Voyage Silver Coin and Medal Sets come with capsules around the silver bullion specimens and a blue presentation box. The set comes with an individual Certificate of Authenticity as well.

JM Bullion customer service is available to assist you with questions about silver for sale at 800-276-6508. You can also chat with us live online or email us directly.