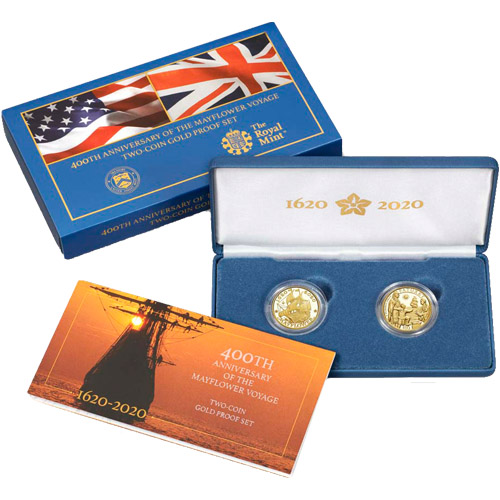 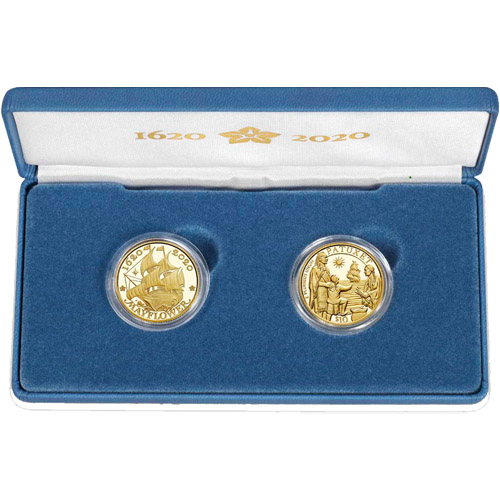 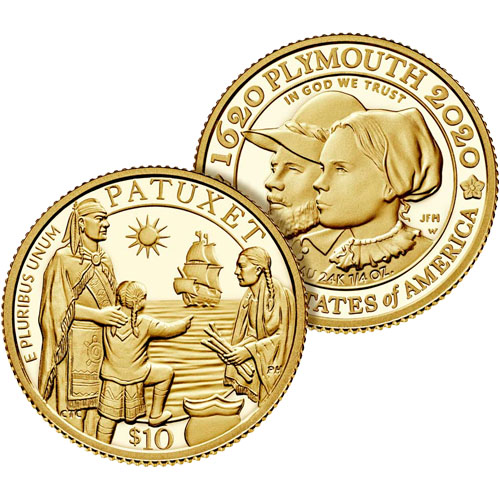 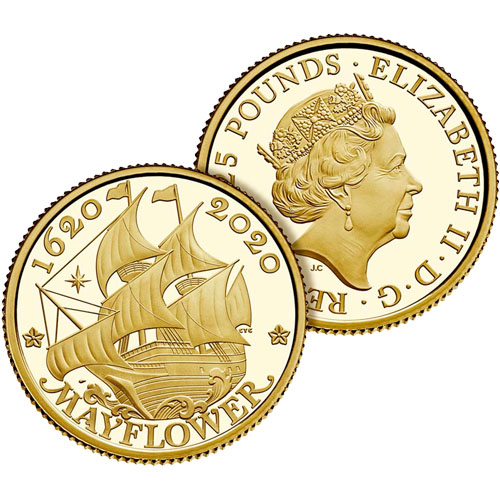 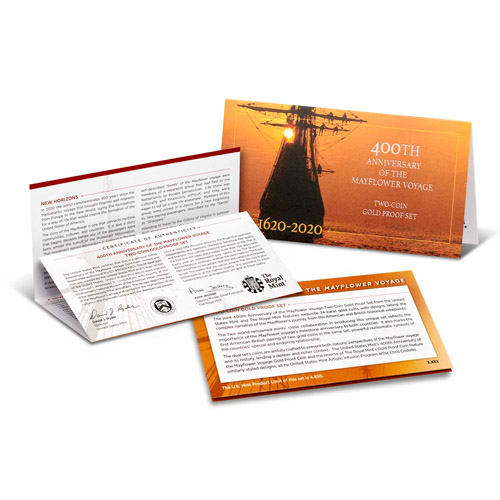 In the summer of 1620, a group of outcast Britons known as Puritans boarded a pair of ships in hopes of reaching the New World. In the end, the Puritans would have to cobble together on one ship after failures with another and head off for the New World by late August, early September. 400 years after that fateful voyage, the course of history on an entire continent has been changed and an enduring friendship remains between one-time foes. Right now, 2020 Proof American Gold 400th Anniversary of the Mayflower Voyage 2-Coin Sets are available to purchase online from JM Bullion.

Each of the 2020 Proof American Gold 400th Anniversary of the Mayflower Voyage 2-Coin Sets comes with a two-coin presentation display box that includes protective capsules for each of the 1/4 oz gold coins within. The set comes with a Certificate of Authenticity from the mint and coin designs that represent American and British views of the historic moment that took place 400 years ago.

The designs on the obverse and reverse of the individual coins in this two-coin set represent the opposing views of the indigenous North American tribes witnessing the arrival of outsiders, and the arriving Puritans and their view of the New World. Most importantly, this two-coin set is the first-ever joint collaboration between the US Mint and the Royal Mint on a gold bullion coin release.

In the design of the US Mint coins in this set, you will find a Wampanoag family standing onshore along the Massachusetts coast as the Mayflower appears on the horizon. To these people, among the first indigenous tribes to encounter Europeans, the ship was viewed with a wary eye. The reverse of the US Mint coin shows the faces of a male and female Puritan settler arriving on the Mayflower.

On the obverse of the Royal Mint coin in the set, Jody Clarks fifth-generation bust of Queen Elizabeth II is depicted. The Queen is shown here at the age of 89 wearing the George IV State Diadem Crown. The reverse side of the coin from the Royal Mint includes the image of the Mayflower as it travels across the Atlantic Ocean.

If you have any questions about these gold coins, please contact JM Bullion. Our customer service team is available to assist you at 800-276-6508, online using our live chat, and via our email address.