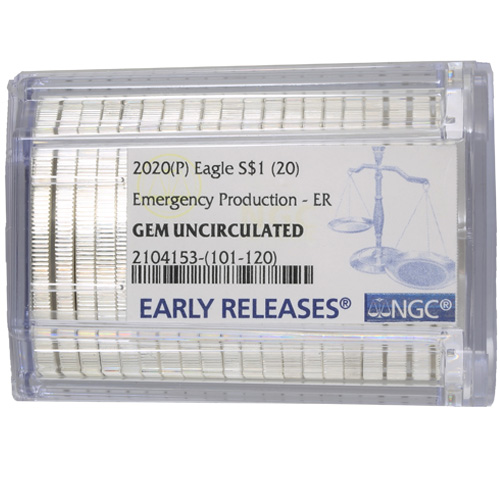 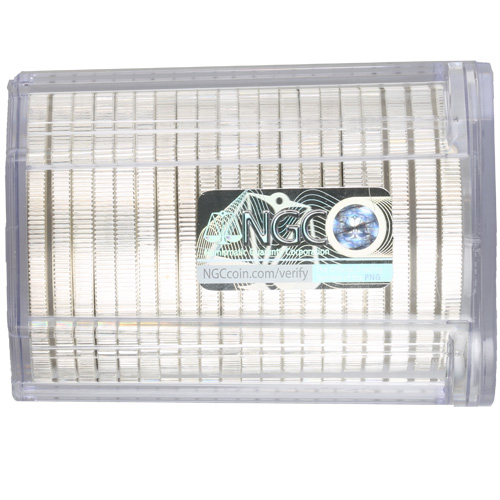 The release of the 2020 American Silver Eagle from the United States Mint will go down as one of the most memorable in recent history. Due to a global pandemic and a shock to the markets that sent investors flocking to safe-haven metals, the American Silver Eagle experienced such a remarkable surge in demand that the US Mint was forced to produce an emergency issue of 2020 Silver Eagles at the Philadelphia Mint to supplement the supply of coins. Right now, 2020 (P) American Silver Eagle NGC Gem Rolls are available to purchase online from JM Bullion.

Each of these 2020 (P) American Silver Eagle Gem Rolls contains a total of 20 individual Silver Eagles from the 2020 release. The coins are sealed inside of a crystal-clear NGC Gem Roll that securely houses the coins. Each one of the coins inside is a Gem Uncirculated specimen. Such coins have only minor imperfections from the coining process and full mint luster, though toning is a possibility.

There are two other unique aspects of these coins. First, each one is certified as an Early Release specimen by the NGC, indicating the coins were received for grading by the NGC within 30 days of the initial release from the United States Mint. Second, and more distinct, these coins are part of an emergency issue of 2020 Silver Eagles from the Philadelphia Mint.

With staff reductions in place and seven-day closure hitting the West Point Mint in early April 2020 during the global pandemic, the US Mint used the Philadelphia Mint facility for emergency production of 2020 American Silver Eagle coins to meet continued demand for the specimens. In total, 240,000 additional coins were produced at Philadelphia.

On the obverse of each 2020 (P) American Silver Eagle in this listing is Walking Liberty. This famous design was created in 1916 by Adolph A. Weinman and is among the most replicated American coin designs in history.