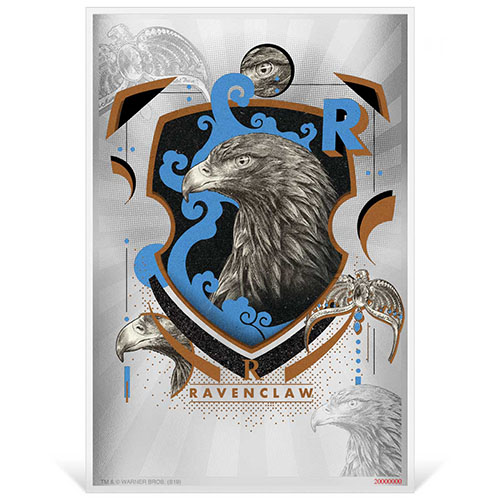 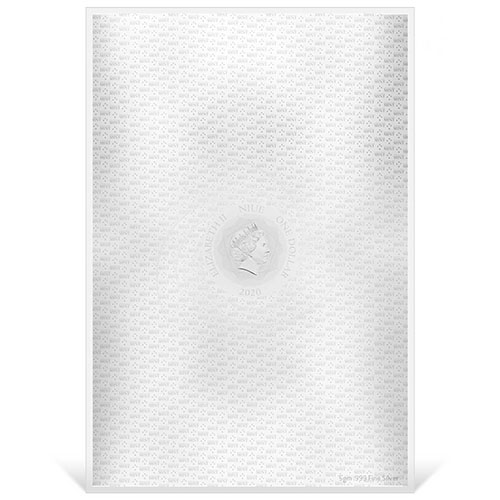 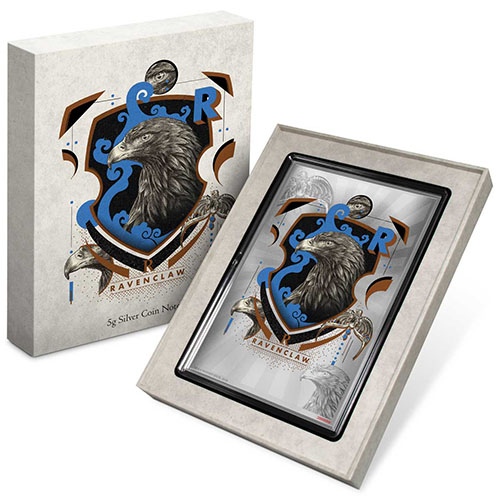 Throughout the novels and feature films in the Harry Potter Series, readers and viewers are aware that there are four houses in the Hogwarts School for Witchcraft and Wizardry, but much of the storyline focuses on the conflict between Gryffindor and Slytherin houses. Featured as one of the four house banners in a new series of silver foils, Ravenclaw takes center stage. Now, 2020 5 Gram Niue Silver Hogwarts House Ravenclaw Foils are available to you for online purchase from JM Bullion.

House Ravenclaw was founded by a medieval witch by the name of Rowena Ravenclaw. The students sorted into this house by the sorting hat are often those with extreme wit, a desire for learning, and intense wisdom. Other factors that often defines the students who live in House Ravenclaw are the characteristics of creativity, individuality, and originality.

The most prominent character in the feature film series from House Ravenclaw is Luna Lovegood. She embodies those latter three characteristics in particular. While most students in Ravenclaw are viewed by the rest of the Hogwarts student body as weird or socially awkward. Luna fits those categories, but eventually becomes a beloved figure as a result of her quirks and her wisdom.

The obverse side of 2020 5 Gram Niue Silver Hogwarts Ravenclaw Foils includes a right-profile portrait of Queen Elizabeth II. Here, the Queen is shown with the Girls of Great Britain and Ireland Tiara. This effigy was designed in 1998 by Ian Rank-Broadley and originally featured on British coins, while debuting on Australian and Commonwealth coins in 1999.

On the reverse side, 2020 Niue Silver Hogwarts Ravenclaw Foils bear the banner and crest of House Ravenclaw. The crest of Ravenclaw features an eagle’s head in left-profile relief with the colors of the house, bronze and blue, included in the design elements.

These 2020 5 Gram Niue Silver Hogwarts House Ravenclaw Foils are offered to you with an acrylic capsule to house the silver foil. The foil and its capsule are available with a presentation shipper that includes the same colorized image of the House Ravenclaw banner. Each individual silver foil is legal tender in Niue and is in Brilliant Uncirculated condition.

JM Bullion customer service is available to you at 800-276-6508. You can also chat with us live online or simply email us.