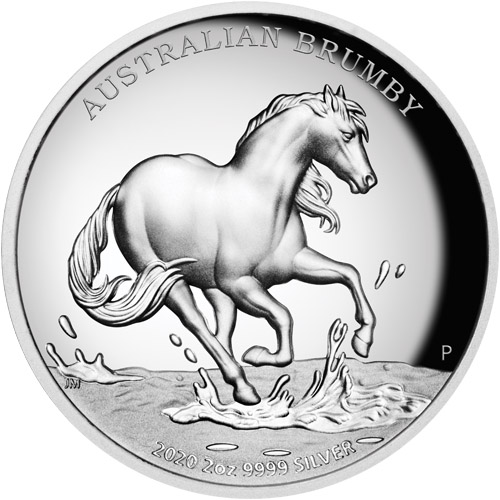 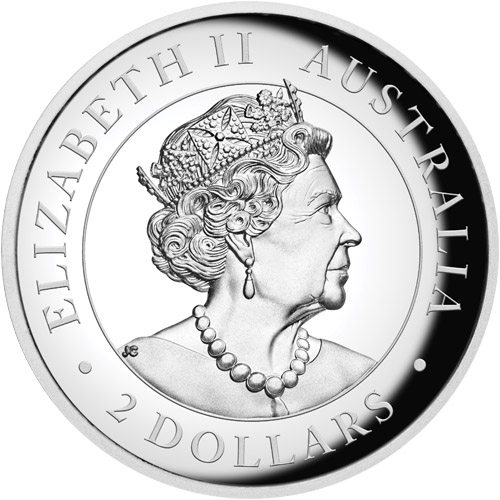 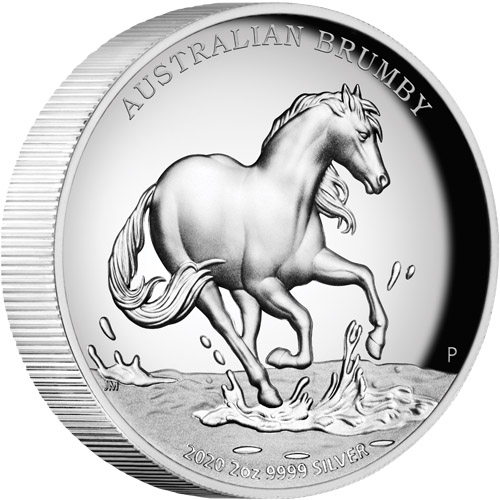 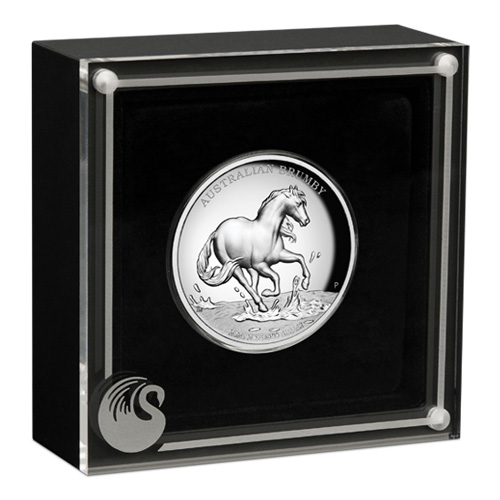 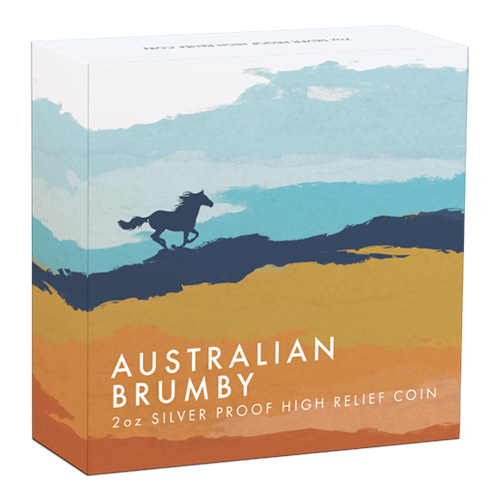 Tradition in Australia suggests that the wild horses known as Brumbies were released into the wild by James Brumby. A soldier and pastor, Brumby was transferred from Sydney to Van Diemens Land in 1801. Unable to take all of his possessions with him, particularly his horses, he was forced to release a number of those horses into the bush.

More than two centuries later, Brumbies can still be found roaming the wilds of Australia. While the story of Brumbys original horses is commonly accepted as part of the origin of the horses, it is generally accepted that the modern population great out of countless cases of lost and escaped horses belonging to British settlers in Australia.

Queen Elizabeth II is featured on the obverse side of 2020 2 oz Proof Australian Brumby Silver Coins. This bust of the Queen is the definitive sixth-generation design for Australian coins. It was adapted from the Royal Mints 2015 design created by Jody Clark. It is the first bust of the Queen to include her shoulders and neckline in the design element since 1966.

A wild Brumby is shown on the reverse face of the 2020 2 oz Proof Australian Brumby Silver Coin. The Brumby shown here is running through water without a care in the world. The horse splashes up small bits of water as it gallops through the low-lying pond.

These 2020 2 oz Proof Australian Brumby Silver Coins are high-relief specimens from the Perth Mint of Western Australia. Struck on thick 2 oz silver blanks, the coins have high-relief visuals with deeper visual fields and 3D visuals for the design elements. Each coin is housed individually inside of black Perth Mint display with a clear lid. The coin and display are packaged inside of a colorized, themed shipper. All of the coins in this release have a unique serial number on the included Certificate of Authenticity.

JM Bullion customer service is available to help answer your questions at 800-276-6508. You can also chat with us live online or email us directly.