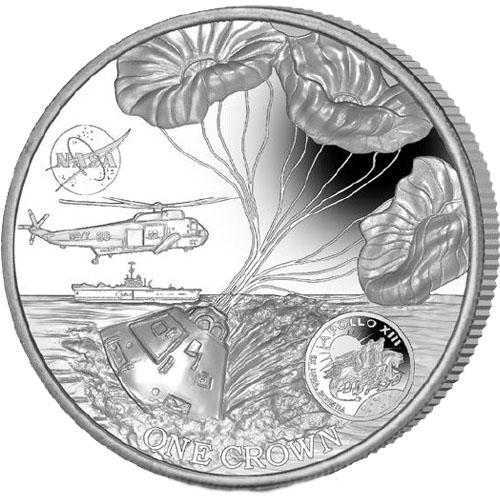 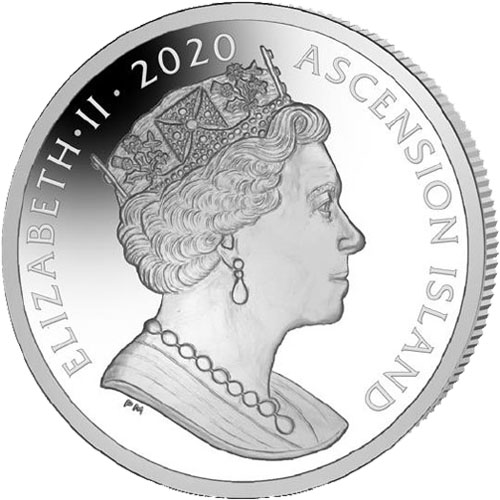 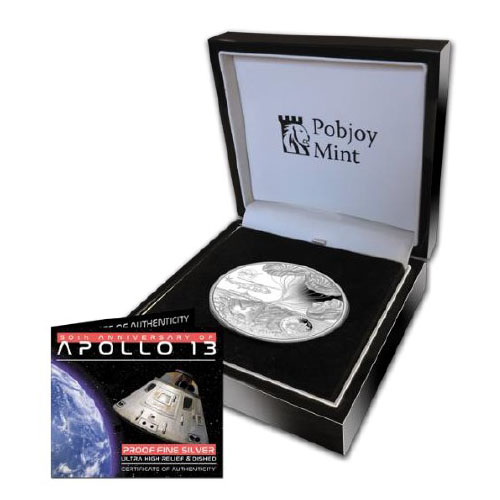 On April 17, 1970, the three-man crew of Apollo 13 splashed down in the South Pacific Ocean having returned from space on what was meant to a successful return from NASA’s third manned trip to the Moon. However, in the case of Apollo 13, simply making it back to Earth alive had to be considered a success. Today, 2020 2 oz 50th Anniversary of Apollo 13 Silver Coins are available to you online from JM Bullion.

Apollo 13 was the seventh manned crew of the Apollo space program at NASA. It launched from Florida on April 11, 1970, but just two days into the mission disaster struck that cancelled the intended Moon landing and put the lives of the three-man crew at risk. As mission commander Jim Lovell stirred the oxygen tanks on the spacecraft, a faulty wire sparked an explosion that vented out oxygen and left Lovell to contact NASA in Houston with the now-famous line “Houston, we have a problem.”

All of these 2020 2 oz 50th Anniversary of Apollo 13 Silver Coins are available to purchase with a black, commemorative display with a flip-top that displays the individual coin set in a velvet-lined spot. The coins come with an Apollo 13-themed Certificate of Authenticity from the Pobjoy Mint.

On the obverse side of the 2020 2 oz 50th Anniversary of Apollo 13 Silver Coins is an image of Queen Elizabeth II. This Pobjoy Mint-exclusive design depicts the Queen in right-profile relief with the George IV State Diadem Crown on her head, earrings in, and a necklace resting on her shoulders.

The reverse face of 2020 2 oz 50th Anniversary of Apollo 13 Silver Coins captures a different moment of immense triumph for NASA. The crew capsule splashes down in the South Pacific as a US Navy helicopter from the USS Iwo Jima amphibious assault ship swoops in to greet and recover the astronauts onboard.

NASA scientists and specialists had to quickly devise workarounds to ensure the men in the capsule could live for four days as the crew abandoned its plans to land on the Moon and instead sling-shot the capsule around the Moon to propel back to Earth.

Please contact JM Bullion if you have any questions about buying silver. You can call us at 800-276-6508, online through our live chat, and via our email address.