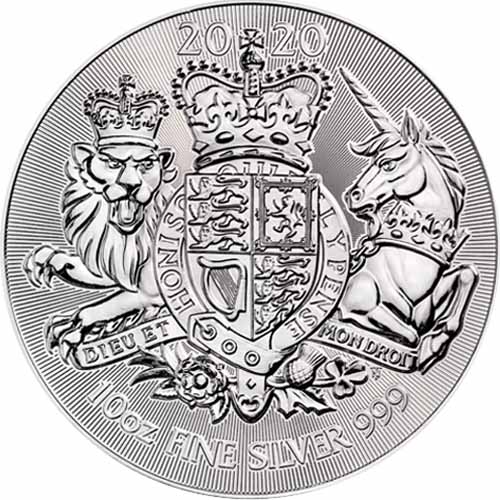 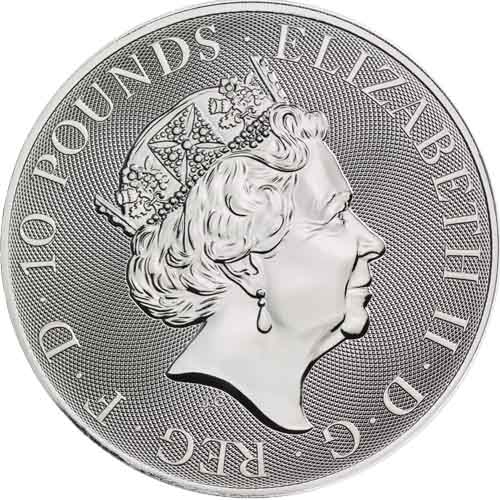 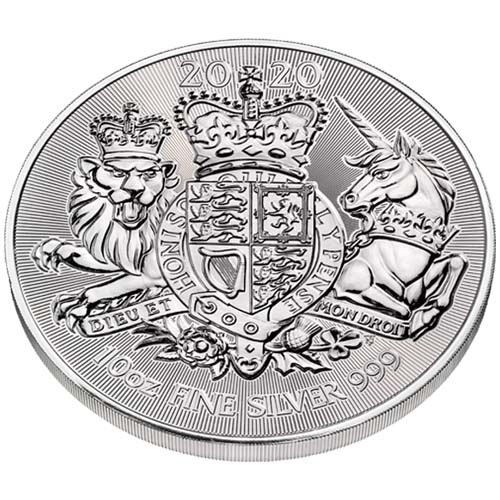 The Royal Arms of England is carried by the reigning monarch of the United Kingdom. Since her ascension to the throne in 1952, Queen Elizabeth II has carried the same Royal Arms as a symbol of the monarchy. With the Lion of England and Unicorn of Scotland at its sides, the Royal Arms is a well-known international symbol. Right now, the new 2020 10 oz British Silver Royal Arms Coin is available to purchase online from JM Bullion.

Each of the 2020 10 oz British Silver Royal Arms Coins in this product listing comes to you in Brilliant Uncirculated condition. The coins in this stunning 10 oz silver release are housed in protective plastic capsules and mark the first issue of the 10 oz silver coin in this collection. The British Royal Arms Series debuted in 2019 with silver and gold bullion coins, and expanded in 2020 with a fractional-ounce gold coin and these 10 oz silver coins.

On the obverse side of 2020 10 oz British Silver Royal Arms Coins is the image of Queen Elizabeth II. This design was created in 2015 by Jody Clark and represents the fifth-generation effigy of the Queen during her long reign. In this work of art, the Queen is shown at the age of 89 with the George IV State Diadem Crown on her head. The background field of the coin has a guilloche visual element.

The reverse face of 2020 British Silver Royal Arms Coins includes a depiction of the modern Royal Arms of England. Based on the Eric Sewell design, this depiction by Timothy Noad brings the Lion of England and Unicorn of Scotland to life as the supporting heraldic beasts for the Royal Arms. The crowned shield has four quadrants representing the nations in a union with the United Kingdom. The first and fourth quadrants have the Three Lions of England, with the second quadrant boasting the Lion of Scotland and the third quadrant the Harp of Ireland.