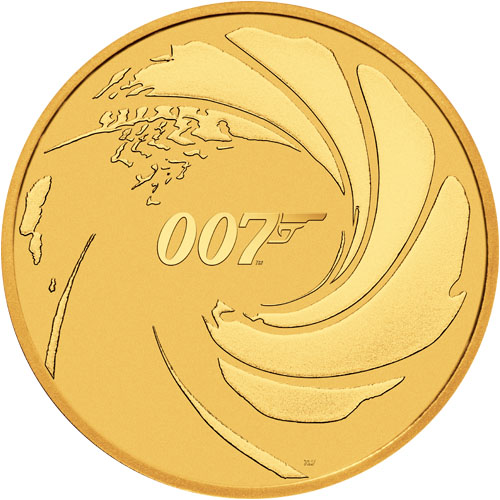 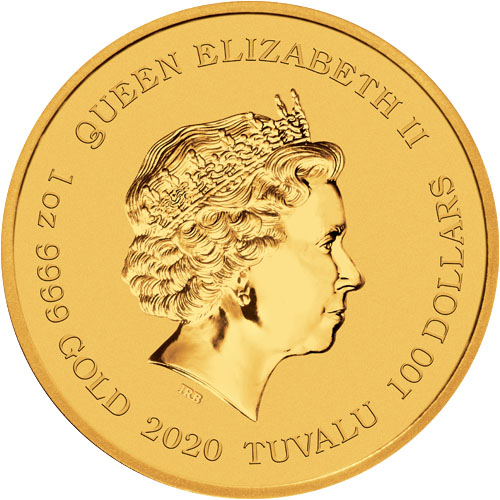 One of the most iconic feature-film characters of the last 60 years is the British Secret Service character James Bond. The longest-running feature film franchise in history, James Bond is based on a novel series and has been adapted for television, radio, comic strips, and video games beyond its feature-film presentations. A new series of silver and gold for sale from the Perth Mint celebrates the iconic character. Right now, 2020 1 oz Tuvalu James Bond Series 007 Gold Coins are available to purchase online from JM Bullion.

Each 2020 1 oz Tuvalu James Bond Series 007 Gold Coin in this product listing is available in Brilliant Uncirculated condition. The coins in this particular version of the release ship individually with a protective capsule.

The James Bond character was first created in 1953 by Ian Fleming. The author initially wrote a total of twelve novels featuring the Bond character and two short-story collections. Fleming died in 1964. After his death, a total of eight other authors produced authorized Bond novels or other short stories.

For the obverse of each 2020 1 oz Tuvalu James Bond Series 007 Gold Coin, the Perth Mint offers the sixth-generation effigy of Queen Elizabeth II. Her Majesty is shown here in right-profile relief in a design developed in 1998 by Ian Rank-Broadley. One of the most widely used effigies of the Queen on British and Commonwealth denominations, it shows the Queen wearing the Girls of Great Britain and Ireland Tiara, a favorite tiara of the Queen that was originally gifted to her grandmother, Mary of Teck.

On the reverse side, 2020 1 oz Tuvalu James Bond Series 007 Gold Coins feature two important elements from the opening sequence of all James Bond films. The 007 gun logo is depicted in the center with the swirling gun-barrel design that flashes through the opening credits of every Bond film.

If you have any questions, you can contact JM Bullion. Our customer service team is available at 800-276-6508, online through our live chat, and via our email address.