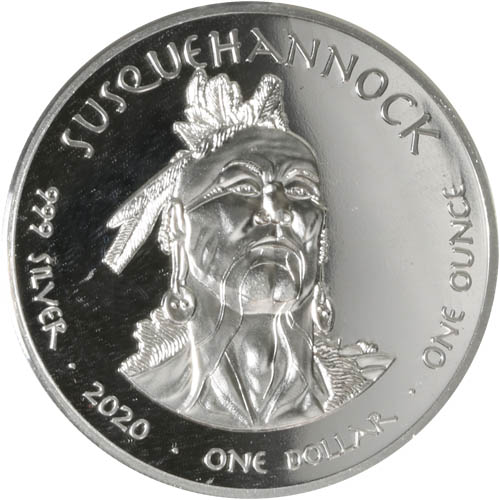 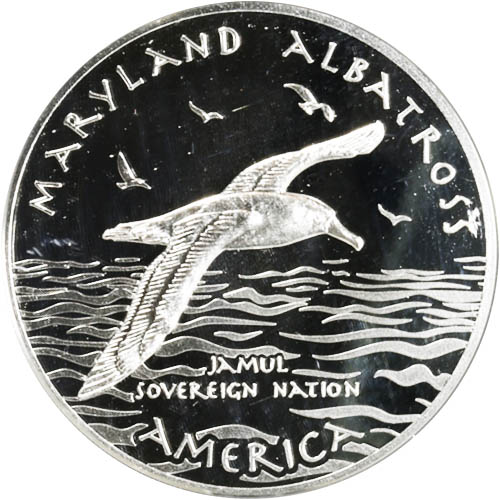 The Native American Mint’s Proof Dollar Series continues in 2020 with the release of its 30th overall design as it reaches another landmark. The collection launched back in 2015 and offers a number of different designs each year aimed at representing indigenous tribes from across North America. Now, 2020 1 oz Proof Maryland Susquehannock Albatross Silver Coins are available to you for purchase online from JM Bullion.

However, the face value on the coins is nominally backed by the issuing mint and the tribal nation represented. This gives the coins the unique status as the only other American silver dollar coins available to buy other than those issued in the American Silver Eagle Series. Each coin released represents a different tribal nation with unique obverse and reverse designs.

For example, a tribal figure from the Susquehannock people features on the obverse of the 2020 1 oz Proof Maryland Susquehannock Albatross Silver Coins. The Susquehannock people historically occupied tracts of land throughout southern New York, Pennsylvania, and Maryland in the centuries prior to the arrival of European colonizers in North America. The Susquehannock were successful for decades at surviving on land between the powerful forces of the Shawnee to the west, the Iroquois to the north, and the Cherokee to the south. Today, however, the Susquehannock have largely been absorbed into other tribal nations with no formal, federally recognized tribe listed.

In keeping with the tradition of designs in this series, the reverse features an animal prominent in the region of the represented tribe. For the 2020 1 oz Proof Maryland Susquehannock Albatross Silver Coin the albatross features. One of the largest flying birds in the world, the great albatross member of the species has the longest wingspan of any bird at nearly 12 feet. The albatross is now extinct in the North Atlantic, with most species of albatross now found only in the Southern Hemisphere.

These 2020 1 oz Proof Maryland Susquehannock Albatross Silver Coins are now available to purchase online from JM Bullion with frosted visuals and mirrored fields. The coins are in brand-new condition and ship with individual capsules.

JM Bullion customer service can answer your questions about silver for sale at 800-276-6508. We are also available online through our live chat and email address features.