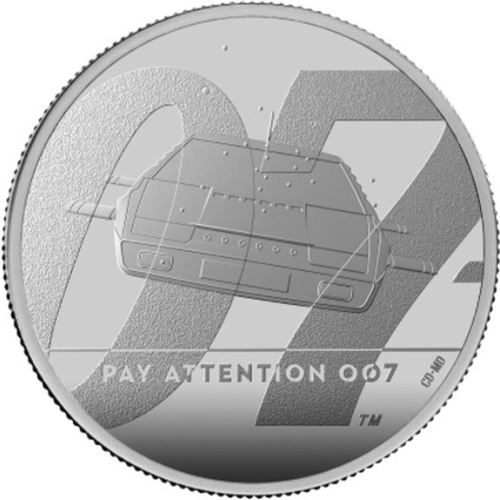 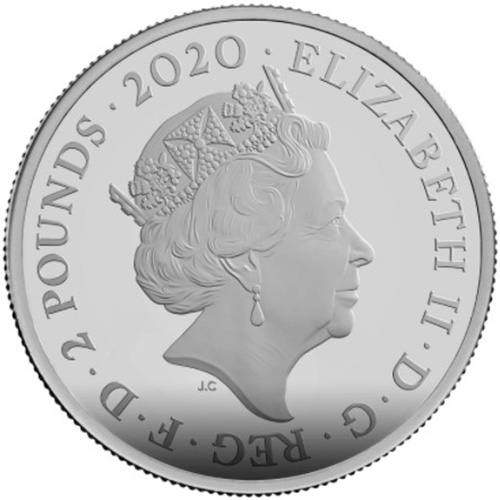 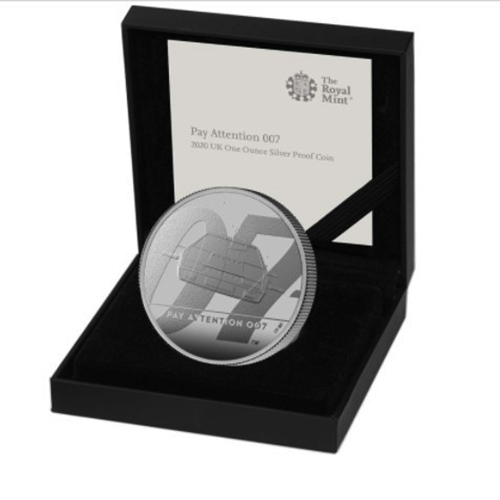 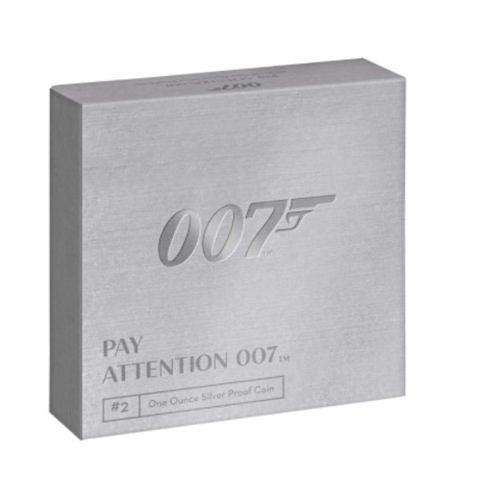 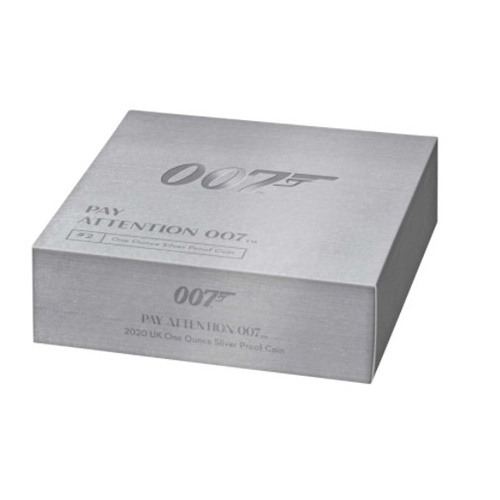 James Bond returns to the big screen in 2020 in the 25th film in the official Eon Production series of feature films. In the second release of a James Bond-themed bullion collection, the Royal Mint offers a 1 oz silver coin to investors alongside two other proof coins. Today, 2020 1 oz Proof British Pay Attention 007 Silver Coins are available to you online from JM Bullion.

The first James Bond feature film was released in 1962, just nine years of British author Ian Fleming introduced James Bond to the world in his first novel. From 1962 to 1971, seven feature films were produced and released, with Sean Connery depicting Bond in the first five films, and again in the seventh after George Lazenby took on the role in the 1969 release of On Her Majestys Secret Service. The Wet Nellie design on these new Pay Attention 007 Silver Coins comes from 1977s The Spy Who Loved Me, the 10th Bond film, and third of seven straight moves with Roger Moore as James Bond.

Queen Elizabeth II is depicted on the obverse of the 2020 Proof British Pay Attention 007 Silver Coins. Designed in 2015 by Jody Clark, the image depicts the Queen in right-profile relief and is the fifth-generation effigy of the Queen to feature on British coinage.

Please feel free to reach out to JM Bullion with any questions. You can call us on the phone at 888-989-7223, chat with us live online, or simply send us an email.