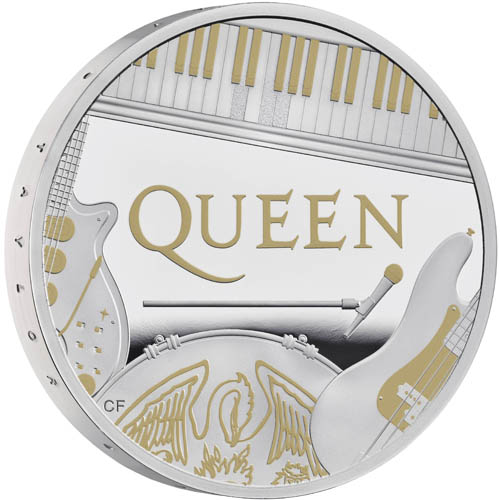 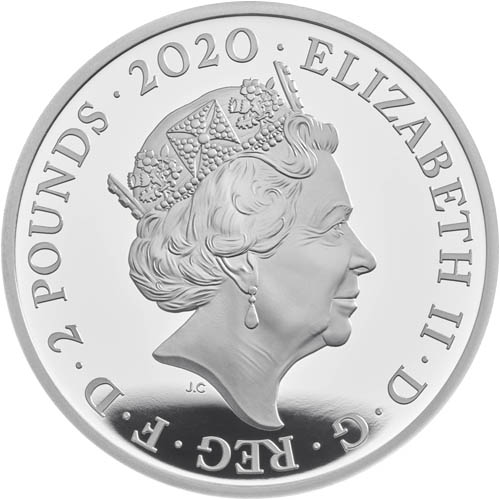 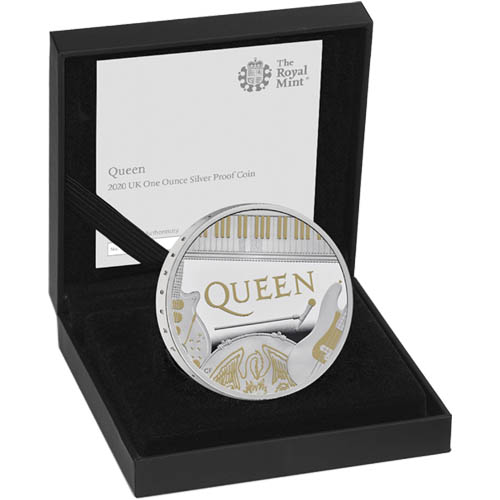 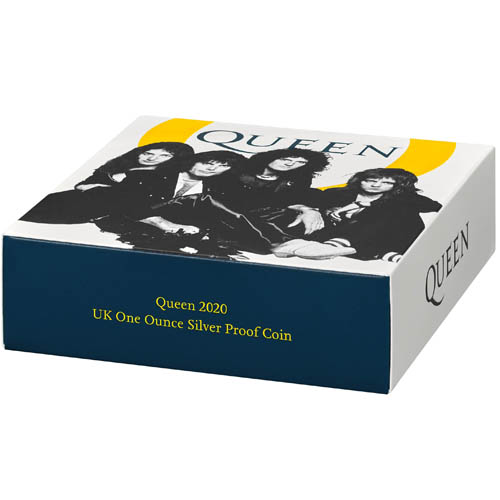 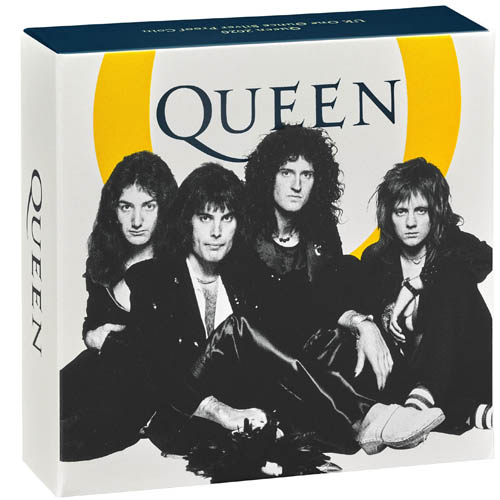 If you grew up listening to rock music in the 1970s and 1980s, it is impossible to think that you didnt hear a song or two from British rock band Queen. From the name to their status in the international rock community, Queen is royalty no matter how you slice it. A new series of bullion coins from the Royal Mint of England celebrates Queen with gold and silver coins for sale in BU and proof versions. Right now, 2020 1 oz Proof British Music Legends Queen Silver Coins are available to purchase online from JM Bullion.

Each of the 2020 1 oz Proof British Music Legends Queen Silver Coins in this product listing comes to you with a black Royal Mint of England Display box. The box includes a Certificate of Authenticity from the mint. The 1 oz proof coin in the Music Legends Series is the only offering in the collection with colorization applied. There is a layer of gold colorization on the reverse that is applied to the group name and select sections of the musical instruments in the design.

The Music Legends Series kicks off with a coin honoring Queen, the British rock band formed in London in 1970. This coin has the first-ever design from Royal Mint Production Manager Chris Facey and uses edge-lettering. On the edge of the coin, you will find the names of the four original members of Queen: Mercury, Taylor, Deacon, and May.

On the obverse side of 2020 1 oz Proof British Music Legends Queen Silver Coins is the fifth-generation portrait of Queen Elizabeth II. Her Majesty is shown in right-profile relief wearing the George IV State Diadem Crown commissioned in 1820.

The reverse field of the 2020 Proof British Music Legends Queen Silver Coins includes two guitars, a drum, a microphone, and a keyboard. The group name Queen is inscribed across the center of the design field. The group was a hit from the start in the UK, but hit it big internationally with the release of the album A Night at the Opera that included the classic hit Bohemian Rhapsody.

If you have any questions about these coins, JM Bullion customer service can help. Our team is available at 800-276-6508, online using our live chat, and via our email address.