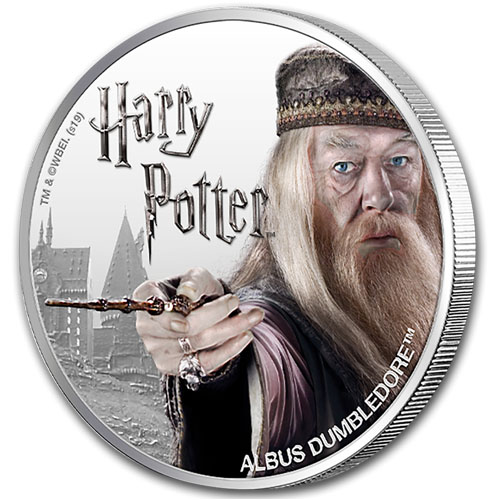 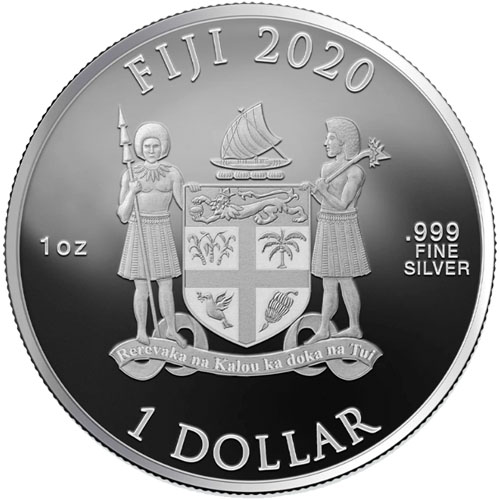 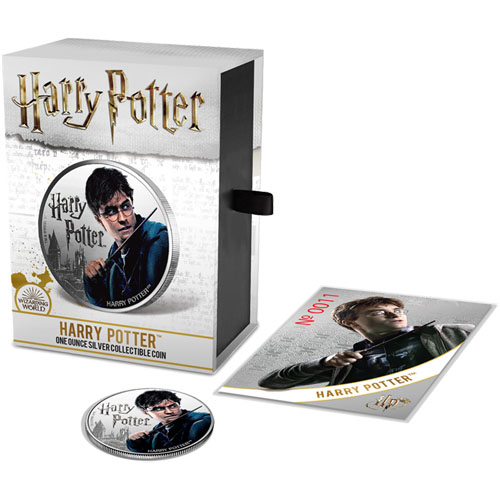 Known to most as Professor Dumbledore, Albus Percival Wulfric Brian Dumbledore is one of the most powerful wizards in the wizarding world of Harry Potter. His character is revealed in the books to have held numerous positions at Hogwarts, including professor of Defense Against the Dark Arts, Transfiguration, and eventually Headmaster until his death.

Dumbledore was portrayed in two very different lights in the feature films. In the first two films, Dumbledore was played by actor Richard Harris. With Harris in the role, Dumbledore was a quieter figure of advanced age as Harris was in his 70s when he took on this pivotal role in the films. Following his death, actor Michael Gambon took over the role of Dumbledore and portrayed a more active figure in the fight against dark arts and Voldemort with a more verbose nature. Gambon is 10 years Harris’ junior and was in his early 60s when the third film went into production.

The national coat of arms is the common design element on the reverse of all 2020 1 oz Fiji Harry Potter Series Dumbledore Silver Coins. The coat of arms features a quartered shield with a Polynesian outrigger canoe above and Polynesian indigenous figures supporting the shield on either side.

Albus Dumbledore is depicted on the obverse of the 2020 Fiji Harry Potter Series Dumbledore Silver coin. Ready to defend Hogwarts, its students, and all that is good about wizardry and magic, Dumbledore levels his wand toward the viewer as he prepares to cast a spell of his own.

We encourage JM Bullion customers to call us at 800-276-6508. You can also connect with us on the web through our live chat and email address features.