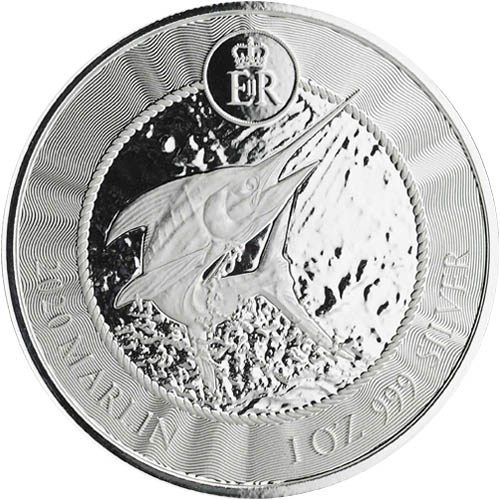 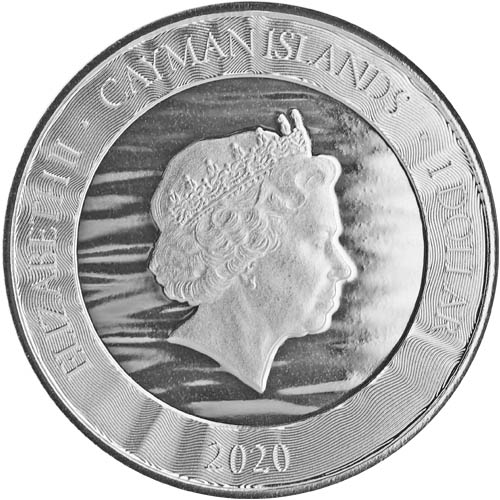 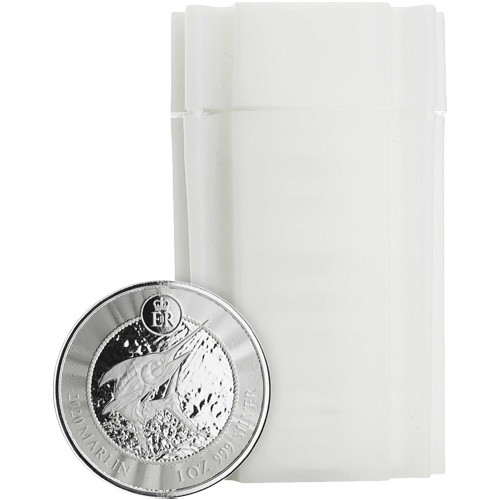 The only major silver bullion coin issued for the Cayman Islands is the Marlin Silver Coin from the Scottsdale Mint. Located in Scottsdale, Arizona, the private mint is one of the most active American private mints coining bullion, legal tender specimens for other nations around the world. The Caribbean is one of the major regions it represents with its bullion coinage. Right now, 2020 1 oz Cayman Islands Marlin Silver Coins are available to purchase online from JM Bullion.

The Cayman Islands is a British Overseas Territory that enjoys self-governing status. The island nation consists of three major islands: Grand Cayman, Cayman Brac, and Little Cayman. There is a total of just 102 square miles of land between the three islands. The Cayman Islands uses its own fiat currency, the Cayman Islands Dollar (KYD) and the country is known around the world as a hub of offshore financial activity.

Obverse imagery on the 2020 Cayman Islands Marlin Silver Coins includes the effigy of Queen Elizabeth II. Her Majesty is featured here in right-profile relief in a design from Ian Rank-Broadley. This bust of the Queen was created in 1998 for the Royal Mint of England as its fourth-generation design. The background field features calm ocean waters. The outer rim of the design field includes waving sea lines.

Reverse design elements on 2020 1 oz Cayman Islands Marlin Silver Coins feature the powerful marlin as it leaps from the sea. A popular sporting fish in tropical regions from the coast of Florida in the United States through the Greater Antilles in the Caribbean, the marlin is part of a fish family that includes 10 species. The largest member of the species is the Atlantic blue marlin, a fish that can reach 16.4 feet in length and weigh as much as 1,803 pounds.

If you have any questions about these 1 oz silver coins, please feel free to reach out. JM Bullion customer service is available at 800-276-6508, online using our live chat, and via our email address.

Laura J from - April 01, 2021
"Very nice luster and fine detailing. Fishermen should really like one or more. I may order more for gifts in the near future."