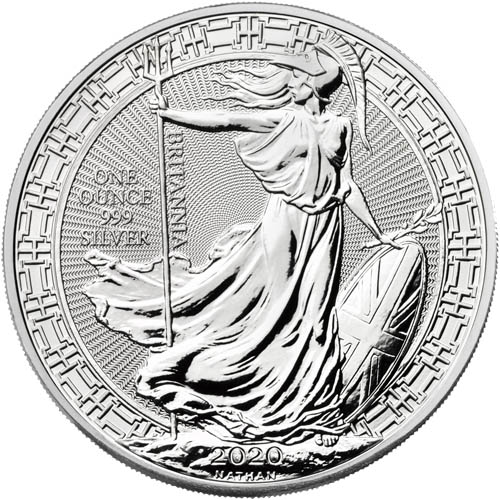 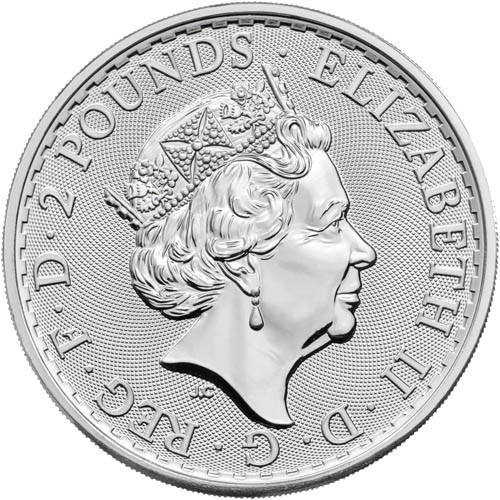 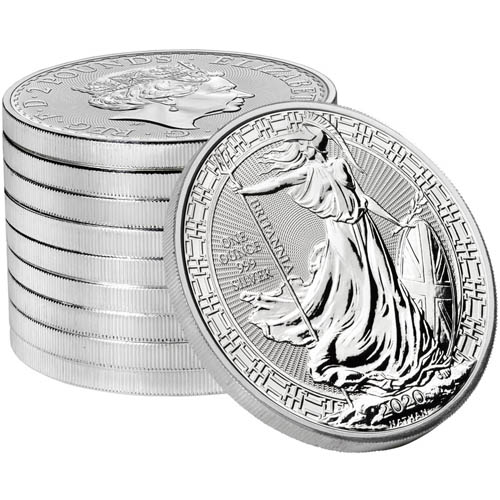 The oriental border theme found on the reverse of the coins in this limited-issue Silver Britannia Series is inspired by the British Trade Dollar. Following the First Opium War and Second Opium War in China, Britain was successfully able to force open Chinese ports to outside trade by foreign powers.

In an effort to avoid confusion with various currencies being traded at ports throughout Southeast Asia and the Pacific. Nations such as Britain, China, France, the Netherlands, Japan, Spain, and the United States produced trade dollars out of silver with the same weights and varying designs. This helped normalize trade in the region.

On the obverse of 2020 1 oz British Silver Oriental Border Britannia Coin is a depiction of Queen Elizabeth II. Her Majesty is featured in right-profile relief on this side of the coin in a design created in 2015 by Jody Clark. Mr. Clark was the youngest artist ever to create a monarch portrait for British currency. The effigy includes Elizabeth II at the age of 89 wearing the George IV State Diadem Crown.

The reverse side of 2020 1 oz British Silver Oriental Border Britannia Coins features the figure of Britannia. Designed in 1987 by Philip Nathan, Britannia stands guard with her trident to control the seas and a shield emblazoned with the Union Jack to defend against invaders. She has an eye toward peace though as she clutches an olive branch in the same hand as her shield.

These 2020 1 oz British Silver Oriental Border Britannia Coins are available to you with individual protective plastic capsules. All of the coins in this listing are available in Brilliant Uncirculated condition.

JM Bullion customer service is available to you at 800-276-6508. You can also connect with us online using our live chat and email address features.