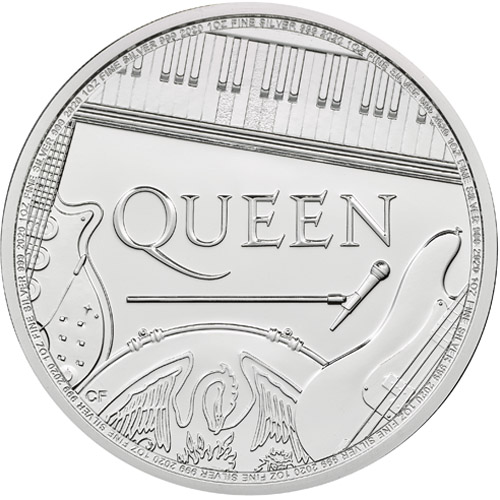 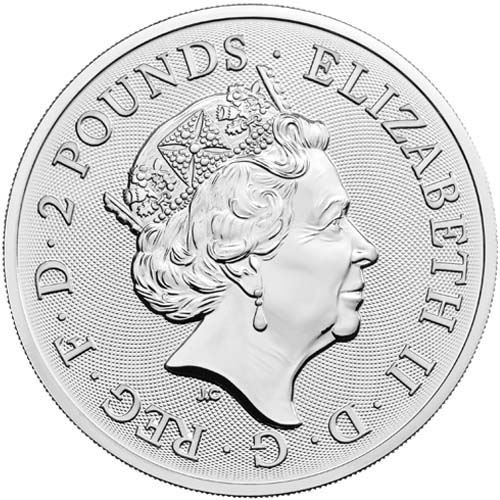 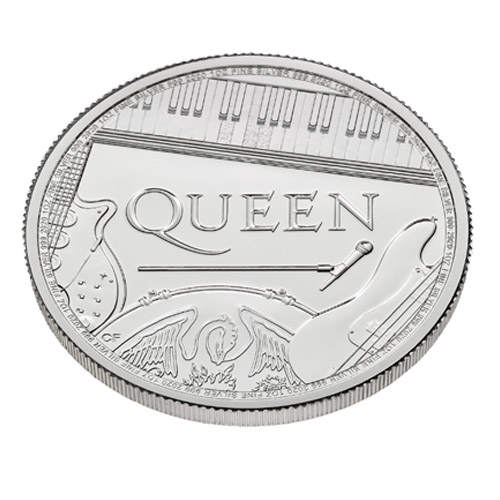 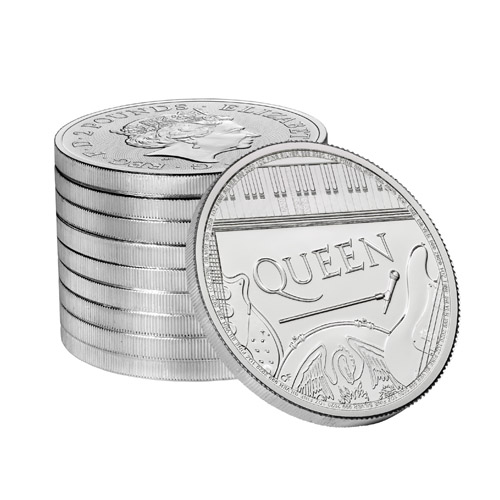 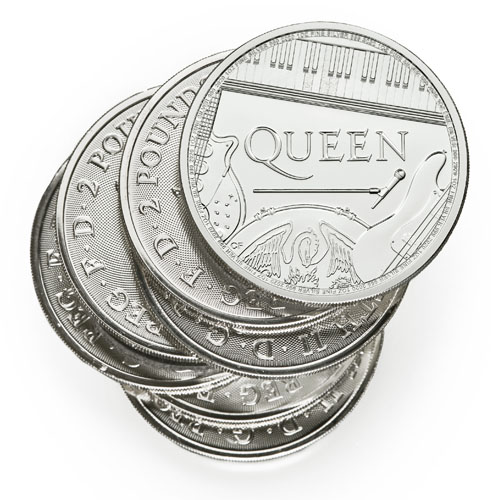 The first release of the new Music Legends Series from the Royal Mint of England fittingly features a band that gained international fame among rock enthusiasts: Queen. Available in gold and silver for sale with bullion and proof options, the series features the first coin design from Chris Facey, Royal Mint Product Manager. Now, 2020 1 oz British Music Legends Queen Silver Coins are available to you for purchase online from JM Bullion.

The British rock band known as Queen formed in London in 1970. Roger Taylor and Brian May, the only two members still performing together today, originally played together as part of a group known as Smile. Freddie Mercury, the iconic lead vocalist for the band who died in 1991, was instrumental in Taylor and May reimagining staging and recording techniques that would eventually make Queen a global phenomenon.

Mercury joined the group in 1970 and helped Taylor and May later recruit John Deacon to join the group playing the bass guitar. Over the course of nearly two decades, the group would take the world by storm and become one of the popular stadium acts in the world. Today, Taylor and May still perform together as part of Queen+ with Paul Rodgers and Adam Lambert providing vocals for the group.

The obverse face of 2020 1 oz British Music Legends Queen Silver Coins includes the image of Queen Elizabeth II. Her Majesty is shown here in the fifth-generation British effigy created by Jody Clark. The Queen is depicted at the age of 89 with the George IV State Diadem Crown on her head. In the background field is the guilloche design element.

On the reverse side of 2020 British Music Legends Queen Silver Coins is a depiction of the musical instruments used by the members of Queen. With the group name in the center of the design, you will also notice a microphone and stand, keyboard above, and guitars below.

These 2020 1 oz British Music Legends Queen Silver Coins are available to you in Brilliant Uncirculated condition. Each individual coin in this limited release comes with a protective plastic capsule.

JM Bullion customer service is available to you at 800-276-6508 to answer questions. You can also chat with us live online or simply send us an email with your inquiries.