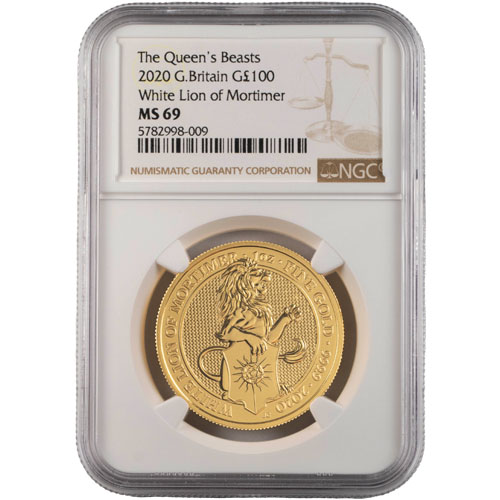 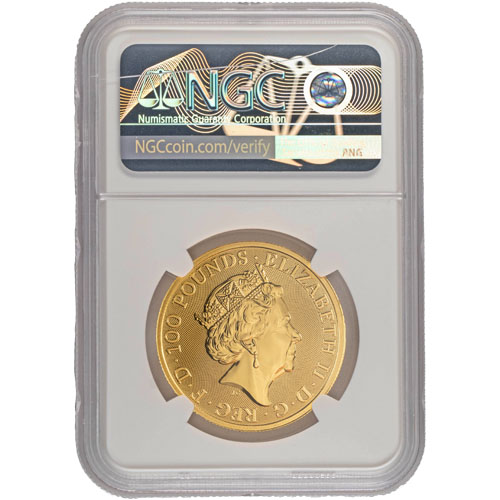 The Queen’s Beasts series from the Royal Mint is considered by many to be one of the finest collections of the century. It is based on the 10 heraldic beasts that stood guard during Queen Elizabeth’s 1953 coronation. These magnificent statues were designed by legendary sculptor James Woodford and are currently housed in Quebec. For the series, Jody Clark was commissioned to design the renditions of these beasts for coinage. Right now, 2020 1 oz British Gold Queen’s Beast White Lion Coins in near-perfect condition are available to purchase online from JM Bullion.

The White Lion of Mortimer’s significance in the Queen’s ancestry can be traced back to Anne de Mortimer, who gave birth to Richard of York. Richard in turn had two sons who became kings: Richard III and Edward IV. The rays of sunlight found on the lion’s shield relate to Edward IV’s claim that sunlight provided good luck during battle. Meanwhile, the rose on the shield represents the White Rose of York.

Each 2020 1 oz British Queen’s Beast White Lion Coin consists of .9999 pure gold and is considered legal tender under the monetary authority of Britain. These coins were sent to NGC for grading, where they received a grade of MS69. The highest grade a coin can receive is a 70, which means these specimens will be nearly flawless. They will arrive inside a plastic slab that includes an NGC label listing the official grade.

The obverse of 2020 British Gold Queen’s Beast White Lion Coins features a portrait of Queen Elizabeth II. This effigy is credited to Jody Clark, whose initials are included below the design. In it we see Her Majesty in right-profile relief wearing the George IV State Diadem. Inscriptions read 100 Pounds, Elizabeth II, D. G. REG. F. D.

If you have questions about 1 oz gold, JM Bullion will be happy to help. Our customer service team is available at 800-276-6508, online using our live chat, and via our email address.