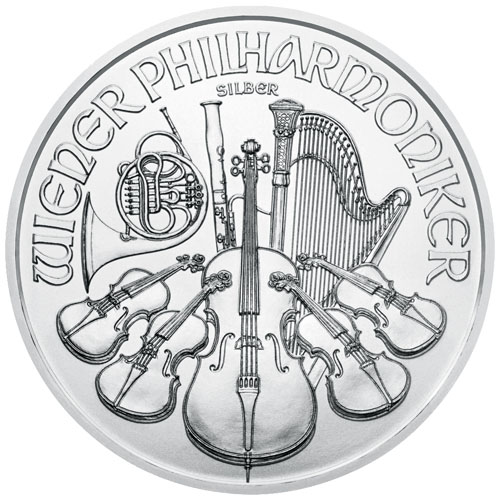 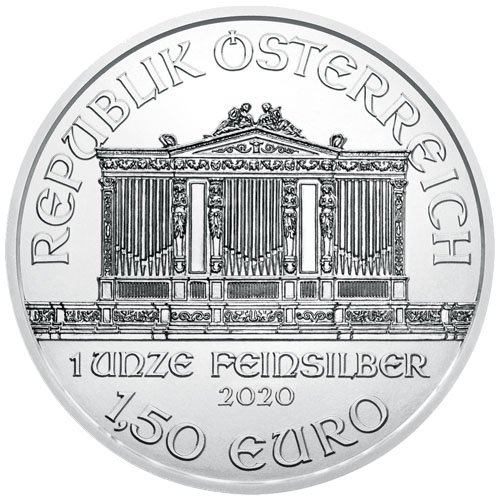 As low as $12.49 per coin over spot!
Add to WishlistLog In to add this product to your Wishlist
Free Shipping on $199+ Orders

The Silver Philharmonic coin is the best-selling silver bullion coin on the European continent. Introduced in 2008, it is a relatively new coin on the continent but it did not take long for investors on the continent to seek out the design that was already in use on the gold bullion version of the coin. Today, 2020 1 oz Austrian Silver Philharmonic Coins are available to you online from JM Bullion.

The first release of the Austrian Silver Philharmonic was met with intense demand. The initial 2008 debut coins sold a total of 7.773 million coins. Over the course of the first five years the coin was available from 2008 to 2012, a total of 54 million units were sold in this series. The Austrian Silver Philharmonic shares the same designs on the obverse and reverse as the gold and platinum versions.

All of the 2020 1 oz Austrian Silver Philharmonic Coins in this listing come in Brilliant Uncirculated condition from the Austrian Mint. The coins are available to purchase individually in protective plastic flips. The coin is also available in a tube of 20 coins or a Monster Box of 500 coins. The Monster Box contains a total of 25 tubes of 20 coins each.

Several musical instruments are depicted on the reverse of the 2020 1 oz Austrian Silver Philharmonic Coin. The design centers on a cello, with four violins, a bassoon, a harp, and a French horn depicted around it in the design field.

The Austrian Mint issues the 2020 Austrian Silver Philharmonic coin. The mint operates from its facility in Vienna and was originally founded in 1194. The mint was initially funded with 15 tonnes of silver paid to Duke Leopold V by King Richard I of England as a ransom to allow himself and his troops to freely pass through Austria on the way to England.

Please don’t hesitate to reach out to JM Bullion. Our customer service team is available at 800-276-6508, online using our live chat, and via our email address.