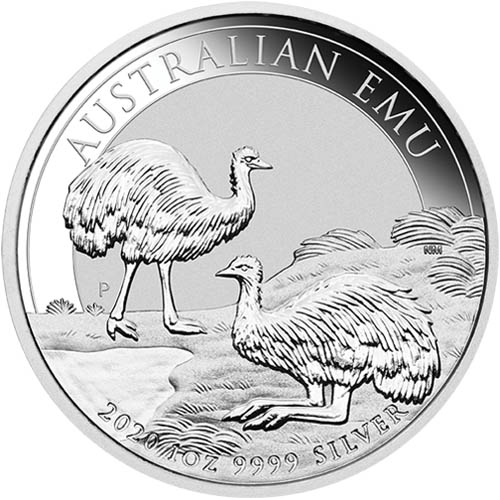 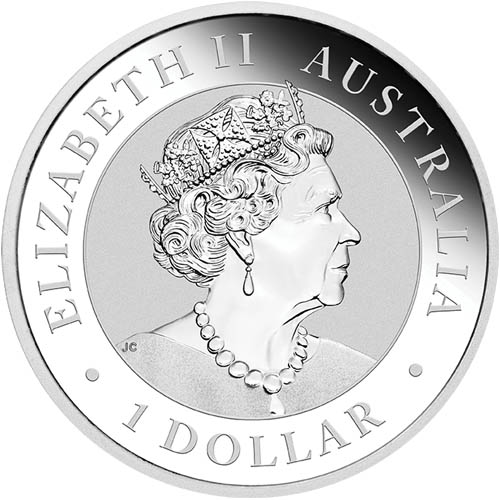 The Australian Silver Emu is one of the latest issues in a long-running design theme featuring native Australian animals on silver bullion coins. The silver for sale in the Australian Emu Series boasts new designs on the reverse each year with limited mintage figures. Available from 2018, the series reaches its third release and third new design in 2020. Now, 2020 1 oz Australian Silver Emu Coins are available to you for purchase online from JM Bullion.

Queen Elizabeth II features on the obverse side of the 2020 1 oz Australian Silver Emu Coin. In this sixth-generation effigy of the Queen, artist Jody Clark depicts the Queen in right-profile relief with the George IV State Diadem Crown. An impressive piece within the Crown Jewels, the George IV State Diadem contains a total of 1,333 diamonds in its setting that weigh more than 300 karats.

Two emus are shown on the reverse face of 2020 1 oz Australian Silver Emu Coins. This is the third new design in the collection and second consecutive design to include multiple emus in the visual field. In the foreground, you will see one of the emus lying down near a small watering hole as a second emu is featured standing in the distance.

Emus are the second-largest living birds today behind only the ostrich of continental Africa. The emu is endemic to the Australian continent and is also found on Tasmania, Kangaroo Island, and King Island.

These 2020 1 oz Australian Silver Emu Coins are available to you in Brilliant Uncirculated condition. The coins are individually packaged in this listing with protective capsules, while multiples are offered in rolls of 20 and boxes of 100.

JM Bullion customer service is available to assist you on the phone at 800-276-6508. We are also available to you on the web through our live chat and email address features.