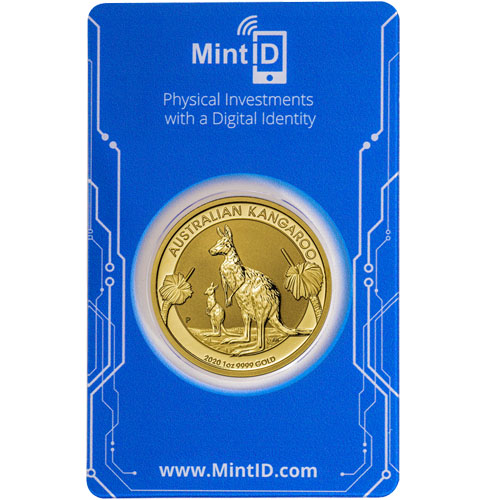 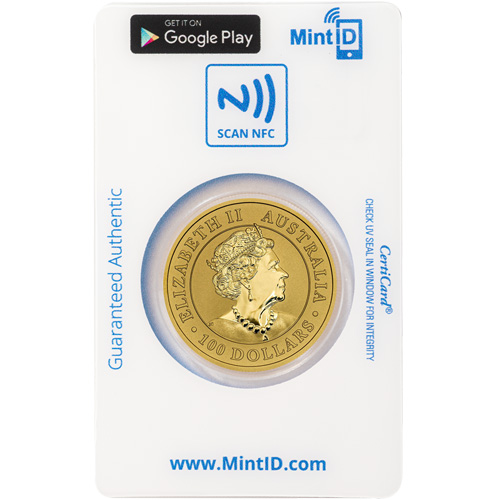 These encrypted microchips use AES-128 bit encryption protocols, the same used by the US federal government to protect top-secret information. The chip is also tamper-evident and will “die” if attempts to tamper with the chip or card are made. When a chip dies, it renders a “tampered” or “invalid” result when scanned by your smartphone using the MintID app. Your smartphone will need iOS 13.0 or later or Android 4.2 or later to operate.

On the obverse of 2020 Australian Gold Kangaroo Coins is a depiction of Queen Elizabeth II. Her Majesty is shown here in right-profile relief in a design created in 2015 by Jody Clark for the Royal Mint of England. The design debuted on Australian coins from the Perth Mint in 2018 and 2019. It depicts the Queen at the age of 89 as she wears the George IV State Diadem crown.