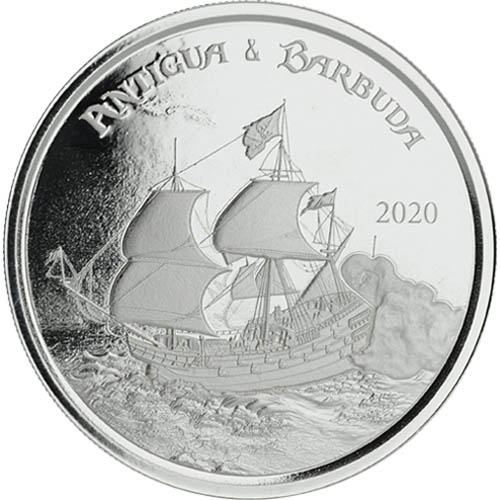 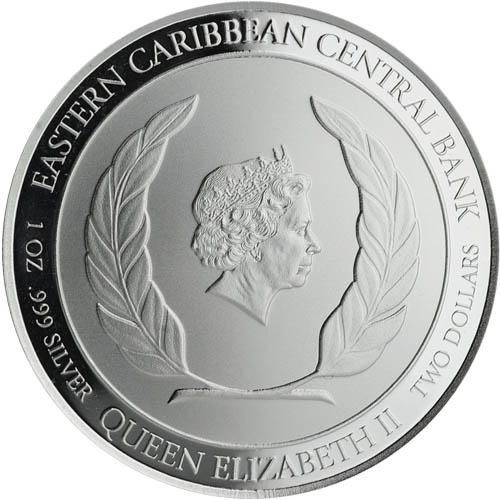 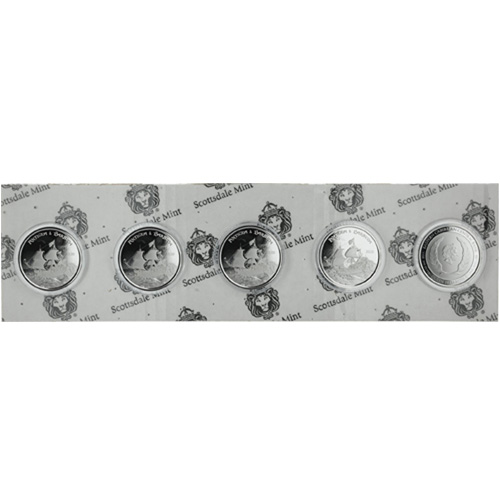 The EC8 Series continues into a third release in 2020 with the Antigua & Barbuda Rum Runner again leading the way in the collection. The EC8 Series debuted in 2018 from the Scottsdale Mint with unique designs relevant to each of the eight member nations in the Eastern Caribbean Central Bank. Now, 2020 1 oz Antigua & Barbuda Rum Runner Silver Coins are available to you for purchase online from JM Bullion.

While most likely know the term rum runner in the modern era as a delicious Caribbean cocktail, the name has a historic association with the alcoholic base of the drink itself: rum. During the period of British and Spanish colonial conquest in the Caribbean, it did not take long for the respective kingdoms to begin levying taxes on rum shipments leaving the islands.

In an effort to dodge taxation on rum, and other spirits within the islands, pirates and other rogue merchants would use fast schooners to try and evade the revenue cutters employed by governments in Britain and Spain. These ships, appropriately, became known as rum runners. The concept of rum runners even gained a 20th-century revival when the United States went through its Prohibition Era.

Queen Elizabeth II is featured on the obverse face of 2020 1 oz Antigua & Barbuda Rum Runner Silver Coins. This bust of the Queen is the fourth-generation design from the Royal Mint of England and was created in 1998 by Ian Rank-Broadley. It captures the Queen in right-profile relief with the Girls of Great Britain and Ireland Tiara on her head, as well as large fern leaves flanking her bust.

A rum runner ship is shown on the reverse side of the 2020 1 oz Antigua & Barbuda Rum Runner Silver Coins. It is shown with its sails at full release as it tries to capture the wind, no doubt trying to outrun a British or Spanish revenue cutter ship.

These 2020 1 oz Antigua & Barbuda Rum Runner Silver Coins are available to purchase in Brilliant Uncirculated condition. The coins are packaged individually inside of protective capsules, by multiples of 5 in sealed skinboards, or by multiples of 125 coins with boxes.

JM Bullion customer service is available to assist you at 800-276-6508 with any questions when you buy silver online. We are also available on the web through our live chat and email address features.