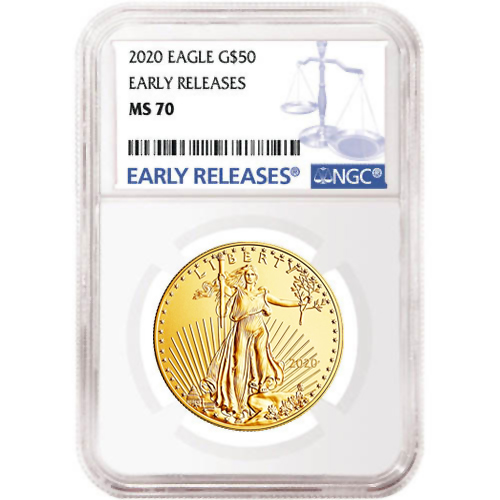 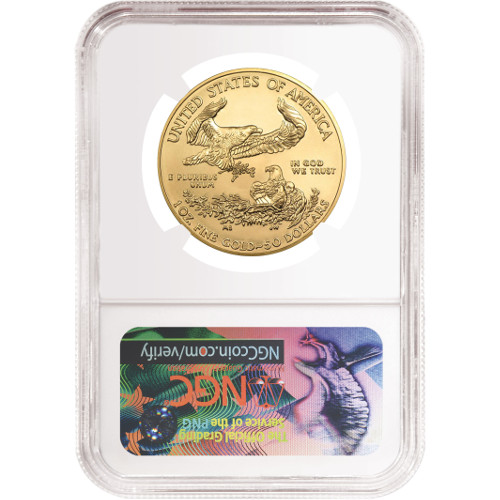 American Gold Eagles were introduced by the United States Mint in 1986. The official gold bullion series from the United States, the coins are available in four weights across bullion, proof, and burnished releases of the coin. Additionally, many specimens receive certification each year from either the NGC or PCGS. 2020 1 oz American Gold Eagle Coins are now available to you for purchase online from JM Bullion with near-perfect certifications.

The obverse face of 2020 1 oz American Gold Eagle Coins bears the image of Lady Liberty. Designed in 1907 by Augustus Saint-Gaudens, this image originally appeared on the $20 Gold Double Eagle from 1907 to 1933. The symbol depicts Liberty in front-facing relief as she marches out of Washington D.C. with a guiding light in the form of her torch in one hand and an olive branch in her left hand.

On the reverse of 2020 American Gold Eagle Coins, you will find a family of American bald eagles. As the male flies over the nest, the female eagle keeps a watchful eye on the young hatchling and offers her wing for protection.

These 2020 1 oz American Gold Eagle Coins earned Mint State 70 certifications from the NGC. Coins in this condition are considered perfect and showcase full, original mint luster with no detracting flaws of any kind. An Early Release label means these coins were received for grading by the NGC or an approved third-party depository within 30 days of the US Mint’s 2020 release of Gold Eagles.

We encourage JM Bullion customers to call us at 800-276-6508 with questions. You can also connect to us on the web through our live chat and email address features.