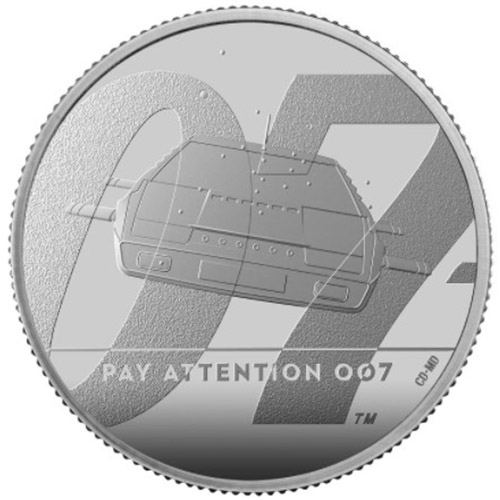 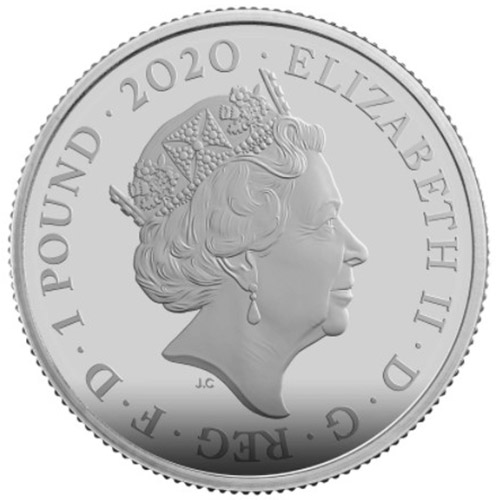 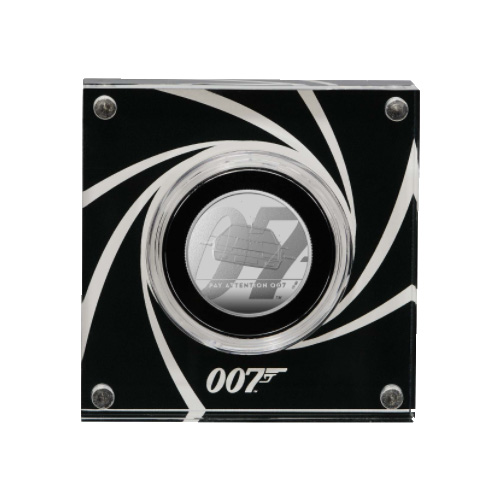 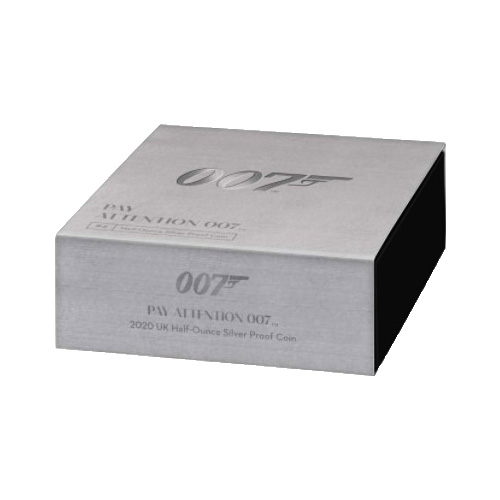 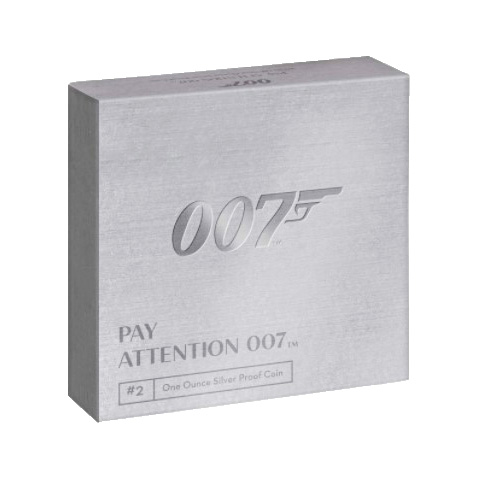 The Spy Who Loved Me was released in 1977 as the 10th feature film in the James Bond universe. With an official 25th feature film upcoming in 2020, the Royal Mint of England has celebrated through 2020 with designs honoring the release of yet another Bond film. The technology featured in The Spy Who Loved Me is the focal point of the design of the second Bond-themed coin release from the Royal Mint. Now, 2020 1/2 oz Proof British Pay Attention 007 Silver Coins are available to you for purchase online from JM Bullion.

The Spy Who Loved Me was not only the 10th feature film following the exploits of James Bond, it was also the 10th novel written by Ian Fleming. British author Ian Fleming introduced the world to James Bond in 1953 with his first novel about the British Secret Service agent. In 1962, feature films debuted and were adaptations of Flemings novels.

With the 1977 release of The Spy Who Loved Me, Flemings 1962 novel of the same name came to the big screen. The film starred Roger Moore as James Bond for the third time, with Moore depicting Bond a total of seven times in consecutive films released from 1973 to 1985. Moore and Sean Connery have portrayed Bond the most in the franchises history, with Moore portraying Bond seven times in official Eon Production films, while Connery appeared in six Eon Productions as the first man ever to portray Bond and one of two to portray Bond in films outside the official Eon Productions series of movies.

On the obverse of the 2020 1/2 oz Proof British Pay Attention 007 Silver Coins is a bust of Queen Elizabeth II. Her Majesty is featured here in right-profile relief at the age of 89 and the fifth-generation depiction was created in July 2015 by Jody Clark.

The reverse field of 2020 Proof British Pay Attention 007 Silver Coins comes with an image of the Lotus Esprit S1 sports car. Like many other supercars to feature in Bond films, this vehicle has been modified to work as a submarine and was affectionately referred to Wet Nellie. In real life, the S1 was the first model from Lotus and was produced from 1976 to 1978.

These 2020 1/2 oz Proof British Pay Attention 007 Silver Coins are available to you with beautiful presentation packaging. Each coin is individually housed in a case with a clear lid and comes with a Certificate of Authenticity. All items come in a 007-themed shipper.

JM Bullion customer service is available to you at 800-276-6508 to answer questions when you buy silver. You can also chat with us live online or email us directly.