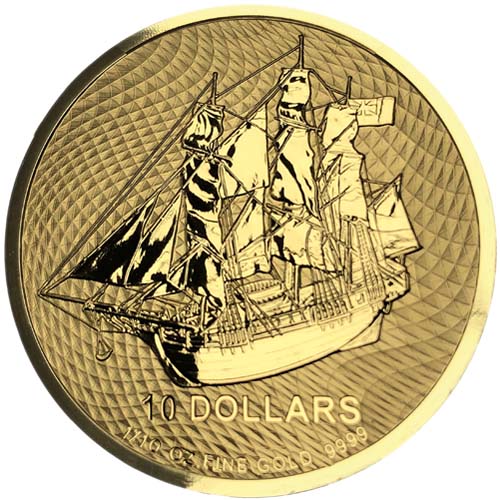 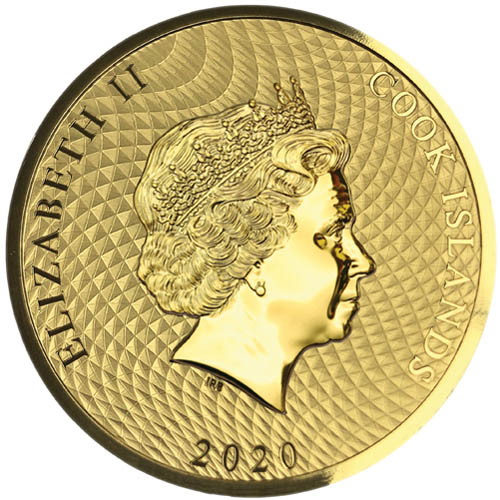 There are few sailing ships of the Age of Exploration more famous than the HMS Bounty. The Bounty is remembered in the modern age due in large part to the mutiny that occurred on its maiden voyage as a vessel in the service of the Royal Navy. The HMS Bounty remains one of the most famous Royal Navy vessels, despite never participating in an active military confrontation with enemy forces. Now, 2020 1/10 oz Cook Island Bounty Gold Coins are available to you for purchase online from JM Bullion.

The HMS Bounty was originally known as the Bethia, built in 1784 in the Blaydes shipyard in Yorkshire, England. The ship was built as a collier, a traditional bulk cargo ship. Intended for private merchant service, the ship was launched into private service and continued as such for three years.

In 1787, the ship was purchased by the Royal Navy for a total of just 1,950 Pound sterling (GBP). The ship was refit from work as a collier and renamed the Bounty. Though relatively small at just 215 tons, it had three masts and full rigging. The Royal Navy outfitted the ship with four 4-pound cannons and ten swivel guns. Its first and only voyage in Royal Navy service was on the breadfruit expedition.

Queen Elizabeth II features on the obverse of the 2020 1/10 oz Cook Islands Bounty Gold Coins. This effigy of the Queen is the popular Ian Rank-Broadley design. Originally issued by the Royal Mint of England starting with the 1998 date mark, the design saw use on British coins through 2015, on Australian coins from 1999 to 2019, and remains in use in New Zealand, Niue, Tuvalu, and the Cook Islands.

In the reverse design element, 2020 1/10 oz Cook Islands Bounty Gold Coins feature an image of the HMS Bounty. The Royal Navy purchased the Bethia for a singular purpose. It needed a cargo-style ship to send on a mission in support of an experiment. The HMS Bounty was to sail for Tahiti and collect breadfruit plants. The experiment involved bringing the plants from the South Pacific to the West Indies to see if the plants could be grown sustainably in the region to provide cheap food for slaves in the Caribbean colonies of the British Empire.

These 2020 1/10 oz Cook Island Bounty Gold Coins arrive in Brilliant Uncirculated condition. Each coin is individually packaged inside of a protective plastic capsule.

JM Bullion customer service is available to assist you on the phone at 800-276-6508. You can also ask questions about gold for sale via our live chat and email address features.

Tamara from - April 10, 2021
" My first Cook Island Bounty gold coin and loves the sample. Might get one in a full ounce version in the near future."