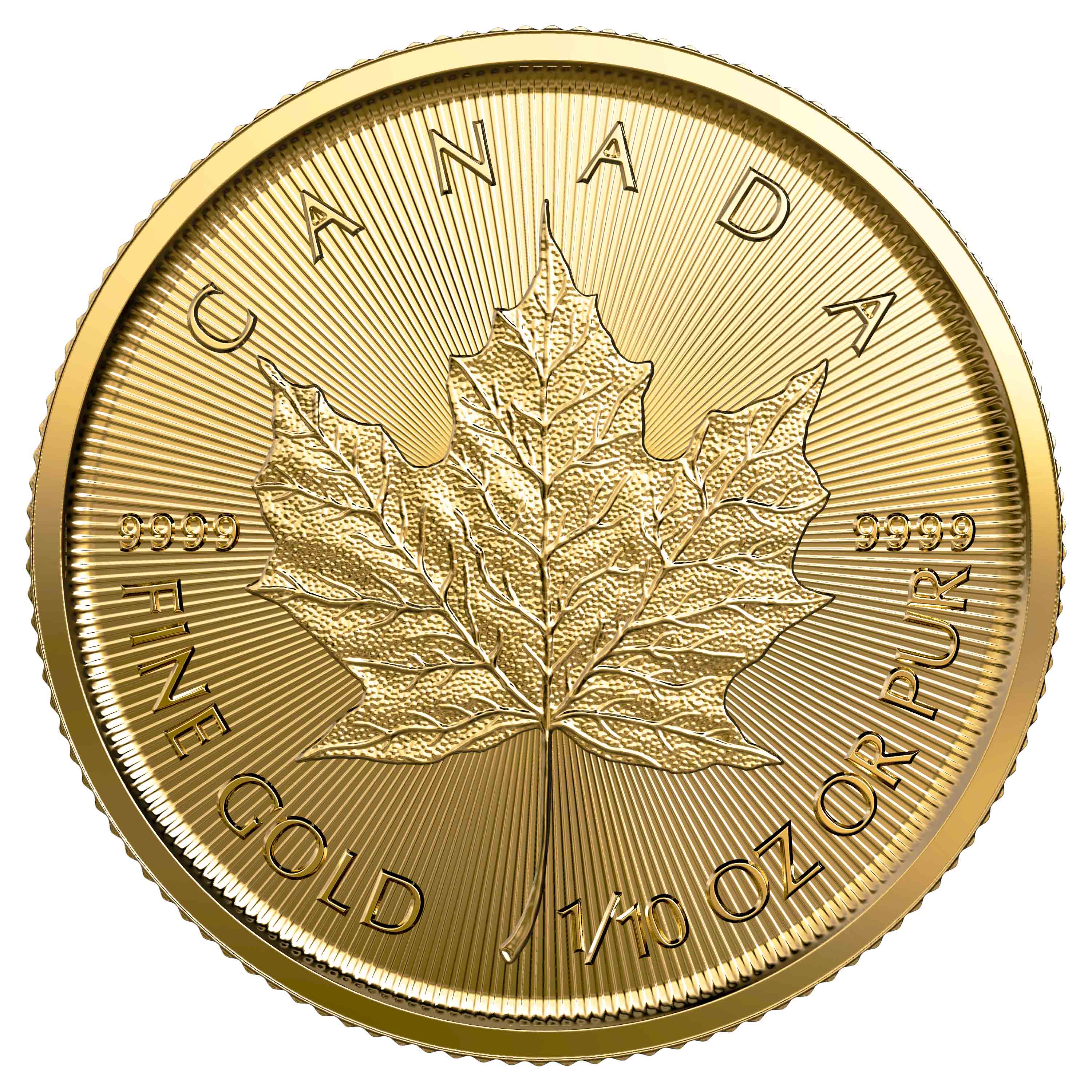 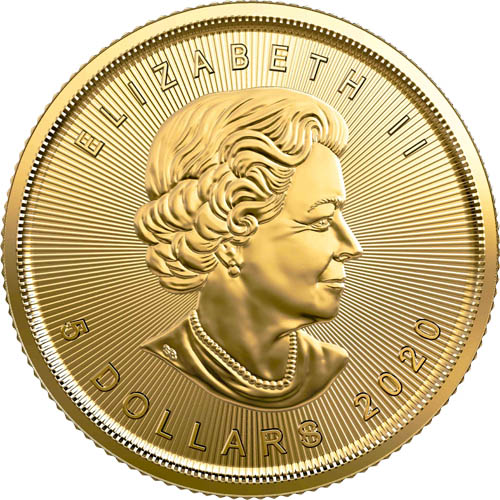 Canadian Gold Maple Leaf 1/10 oz coins represented one of the two weights added to the broader series of gold for sale in 1982. The Royal Canadian Mint offered the coins in only a 1 oz weight from 1979 to November 1982. At this point, the first two fractional-weight coins were added. 2020 1/10 oz Canadian Gold Maple Leaf Coins are now available to you for purchase online from JM Bullion.

The Royal Canadian Mint offered its first expansion of the Canadian Gold Maple Leaf Series in November 1982. It introduced the 1/4 oz and 1/10 oz coins to join the 1 oz gold coin, and at the same time, boosted the purity of the gold in the coins from .999 to .9999. This was merely the first time the mint would alter the available options in the series.

For the obverse, 2020 1/10 oz Canadian Gold Maple Leaf Coins have a right-profile portrait of Queen Elizabeth II. This is the fourth-generation portrait of Her Majesty used on Canadian coinage and it was designed in 2003 by Susanna Blunt.

As of 2014, Canadian Gold Maple Leaf coins have two security features to combat counterfeiting. Radial lines are used in the background field of both the obverse and reverse sides of the coin. The reverse also includes a micro-engraved maple leaf privy with “20” inscribed in the center.

These 2020 1/10 oz Canadian Gold Maple Leaf Coins come with individual protective plastic flips or sealed sheets of 40 coins from the mint. Each individual coin is in Brilliant Uncirculated condition.

We encourage JM Bullion customers to call us with questions at 800-276-6508. We are also available on the web through our live chat and email address features.

Tamara from - March 13, 2020
"Purchased this coin and received it super quickly. So beautiful are the Maple Leafs, even the 1/10 size. Processing and delivery was super easy and speedy. JM Bullion rocks."