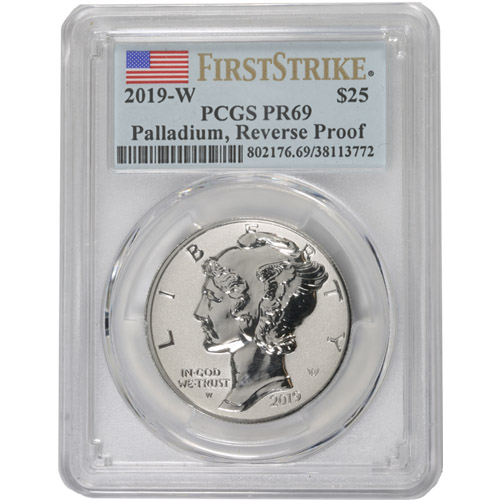 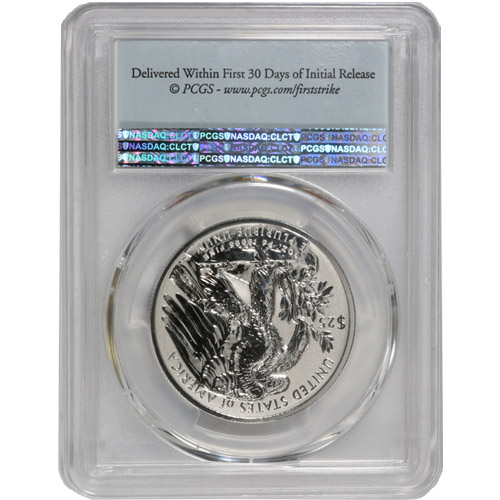 Each of the 2019-W American Palladium Eagle Reverse Proof Coin in this product listing is a near-perfect specimen. The coins earned PR69 certification because each one exhibits full, original mint luster and a maximum of two minor detracting flaws. Examples of those flaws include only minuscule contact marks or hairlines found outside of the primary focal points of the coin.

Also included with your purchase is a First Strike label from the PCGS. Coins with this label must have been received within 30 days following the release from the United States Mint.

2019 American Palladium Eagle coins were produced by the United States Mint as reverse proof specimens. For the third issue of the coins, the brilliant Adolph A. Weinman design was struck with mirrored designs on frosted background fields.

Obverse designs on the 2019-W American Palladium Eagle Reverse Proof Coins is the image of Winged Liberty. This left-profile bust of Liberty was created in 1916 by Adolph A. Weinman and it originally featured on the Mercury Dime from 1916 to 1947. It is recreated here in beautiful relief as the primary design of the new Palladium Eagle Series.

Reverse elements of the 2019-W American Palladium Eagle Coins include the depiction of an American bald eagle. The design depicts the eagle perched on a small sapling at the edge of a cliff. This design also comes from Adolph A. Weinman, but was created nearly a decade earlier in 1907.