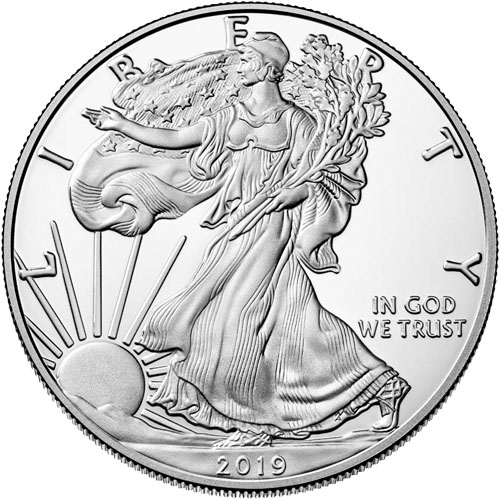 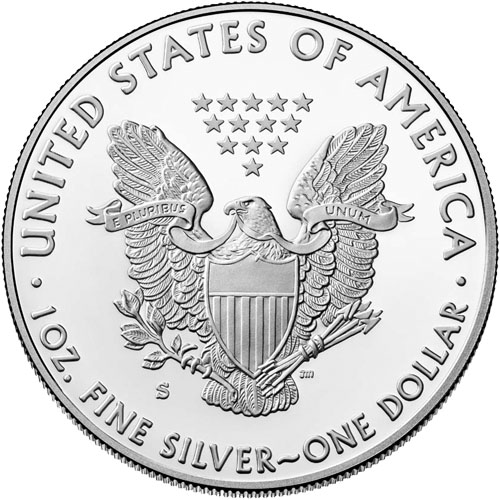 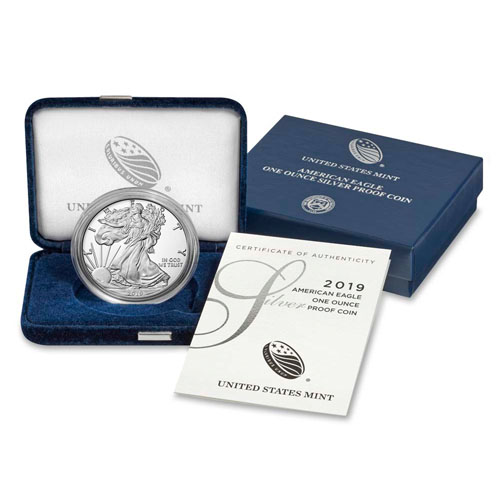 Starting in 1993, the Philadelphia Mint issued the Proof Silver Eagles. This continued until 2000, with P mint marks on each of the coins. In 2001, the West Point Mint took over production of the coins and continued to issue both BU and Proof coins. This continues to this day. However, the San Francisco Mint resumed coining Silver Eagles in 2011. The first proofs from the San Francisco Mint were issued in 2018 and the 2019 coin remains one of the lowest-minted coins in the history of the series.

Walking Liberty is on the obverse side of 2019-S Proof American Silver Eagle Coins. This design from Adolph A. Weinman features Liberty in left-profile relief as she walks toward the sun on the horizon.

The heraldic eagle of the United States is found on the reverse of 2019-S 1 oz Proof Silver Eagles. This image depicts the bald eagle in front-facing relief with the US national shield, the arrows of war, and the olive branch of peace.