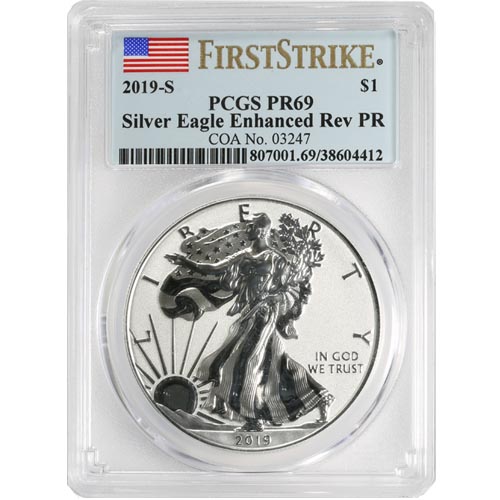 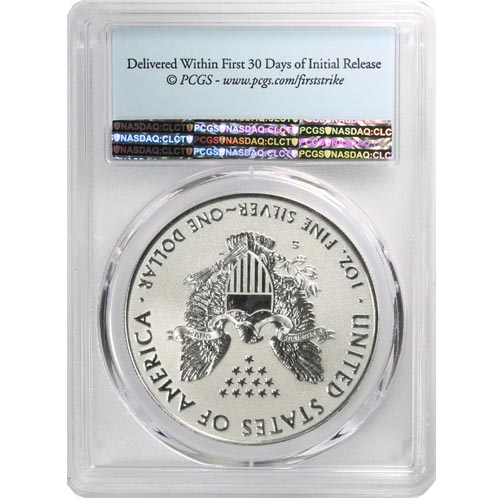 The American Silver Eagle coin is traditionally offered in bullion, proof, and burnished options. On occasion, the US Mint issues these beautiful coins with distinctive visuals. Reverse proof coins have been issued at points in the past, but youve never seen a coin like this 2019 Enhanced Reverse Proof release. Now, 2019-S 1 oz American Silver Eagle Enhanced Reverse Proof Coins are available to you for purchase in near-perfect condition from JM Bullion.

For this beautiful American Silver Eagle Enhanced Reverse Proof coin release, the United States Mint uses alternating frosted and mirrored polishes to create distinctive contrast between certain sets of the design element and the background fields of the coins.

The heraldic eagle of the United States is one of the oldest coin designs in American history and has featured on the reverse of 2019 American Silver Eagle coins since the program debuted in 1986. The seal was modified in 1986 by John Mercanti for this series and depicts the American bald eagle with the national shield on its chest, the arrows of war in one talon, and an olive branch in the other talon. A triangular cluster of 13 stars is featured above the head of the bird to represent the original colonies.

These 2019-S 1 oz American Silver Eagle Enhanced Reverse Proof Coins are available in near-perfect condition from the PCGS. Each one has full, original mint luster and no more than two minor detracting flaws. Examples of acceptable flaws at this level include only minuscule contact marks and hairlines.

JM Bullion customer service is available to answer your questions about silver for sale at 800-276-6508. We are also available online through our live chat and email address features.