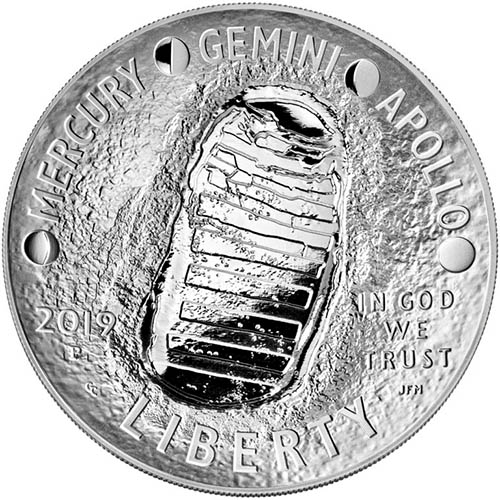 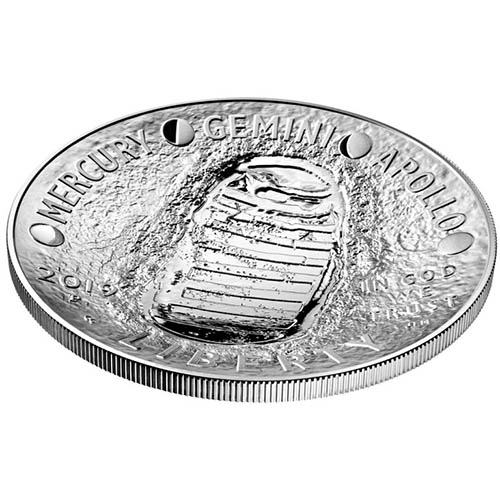 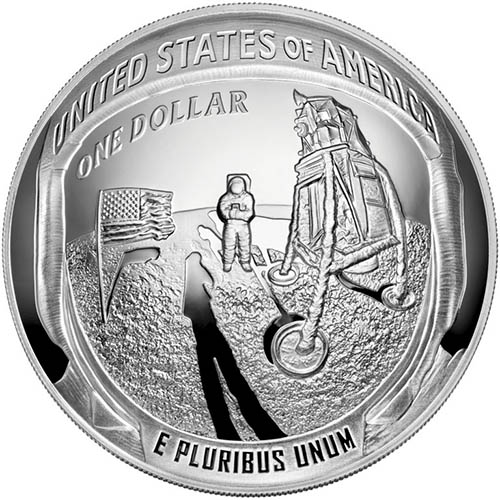 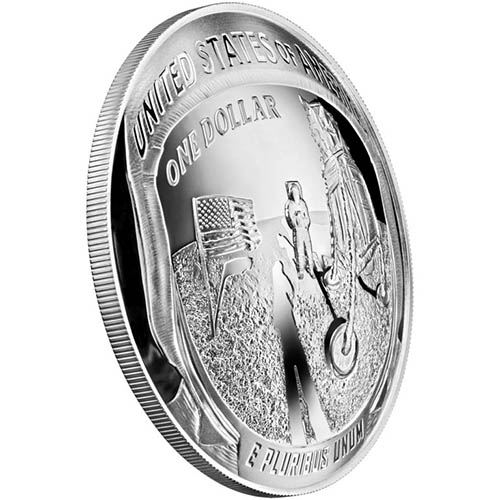 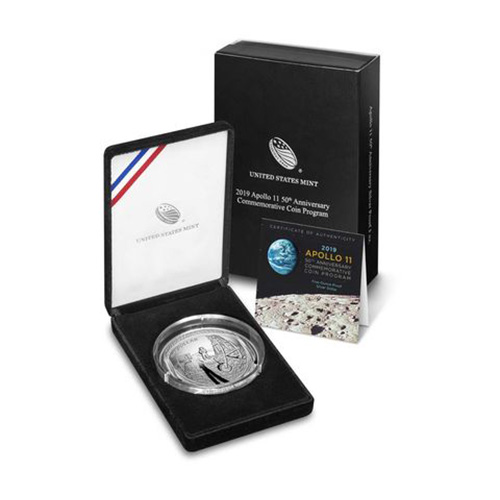 The United States Mint is celebrating the 50th anniversary of the Apollo 11 mission to the moon with a commemorative collection of American coins in both silver and gold. The most distinctive coin in the series is the 5 oz proof silver coin offered. All coins, gold and silver, feature the same obverse and reverse designs. Today, you can purchase the 2019 5 oz Proof American Apollo 11 50th Anniversary Silver Coins online from JM Bullion.

Apollo 11 was the first manned space mission from NASA to successful land mankind on another celestial body and return those individuals back to the surface of Earth safely. The three-man crew consisted of Michael Collins, Buzz Aldrin, and Neil Armstrong. Aldrin piloted the Eagle lunar lander down to the moon’s surface and Neil Armstrong accompanied him as mission commander.

In this beautiful listing, JM Bullion offers the 2019 5 oz Proof American Apollo 11 50th Anniversary Silver Coins from the United States Mint with their original protective plastic capsule, US Mint display boxes to house the coins, and a Certificate of Authenticity. These large 5 oz silver coins present the shared design of the series on a beautiful curved blank with convex obverse and concave reverse design facets.

On the obverse side of 2019 5 oz Proof American Apollo 11 50th Anniversary coins is the depiction of an astronaut footprint on the surface of the moon. Armstrong and Aldrin spent a total of 21.5 hours on the lunar surface from touchdown to takeoff. They spent time collecting samples, walking the surface, and planted the American flag.

The reverse of 2019 Proof American Apollo 11 50th Anniversary Silver Coins includes a reflection of Neil Armstrong’s figure in the visor of Buzz Aldrin. This iconic design is taken from an actual photo of Aldrin’s helmet in which you can see Armstrong’s figure, the Eagle lunar lander, and the American flag in the reflection.

All of the coins in the Apollo 11 50th Anniversary Series are available from the Philadelphia Mint with “P” mint marks. These 5 oz coins are proof specimens with frosted designs and clear backgrounds.

Please don’t hesitate to reach out to JM Bullion with your questions about silver for sale. You can call us on the phone at 800-276-6508, chat with us live online, or email us directly.