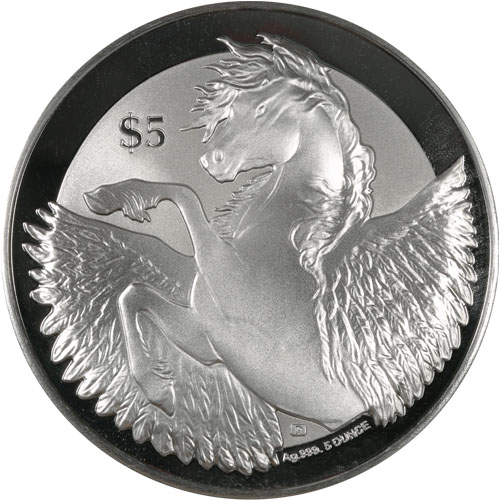 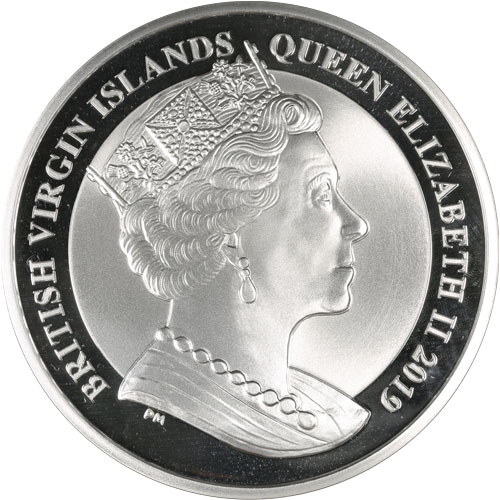 The British Virgin Islands is an overseas territory of the United Kingdom and its currency has, in the past, featured various designs of horses. Examples of past coin designs include horses in the Trooping the Colour ceremony and drawing the coronation coach of the monarch. The Pegasus is the focus of a beautiful silver bullion collection from the Pobjoy Mint. Today, 2019 5 oz British Virgin Islands Silver Reverse Frosted Pegasus Coins are available to you online from JM Bullion.

The Silver Reverse Frosted Pegasus Series from Pobjoy Mint was first issued on behalf of the British Virgin Islands in 2017. The series maintains the history of BVI coinage featuring horses. As alluded to above, previous currency for the BVI has featured horses in some of the UK’s most important ceremonies. Among them is the annual Trooping the Colour, a ceremony that marks the official birthday of the British sovereign.

On the reverse of 2019 5 oz BVI Silver Reverse Frosted Pegasus Coins is the latest design in this series. The 2019 image is the same as the 2018 release and features Pegasus standing up on its rear legs with its front legs raised in the air and its wings spread wide behind it. Unlike most mythical animals from Greek mythology, the Pegasus is a good-hearted and gentle beast that serves alongside mankind rather than posing a threat to humans.

The obverse of 2019 BVI Silver Reverse Frosted Pegasus Coins includes the right-profile portrait of Queen Elizabeth II. This effigy is unique to the Pobjoy Mint and is its latest portrait that depicts the Queen’s bust with neckline and shoulders included in the design as she wears the Royal Diadem crown on her head.

Pobjoy Mint is Britain’s only private minting facility and is the largest family-owned private mint in Europe. It does not strike coins for Britain, but it does issue legal tender bullion for countless territories and Commonwealth nations.