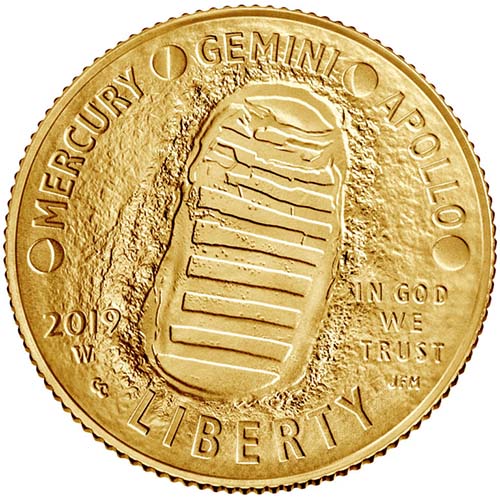 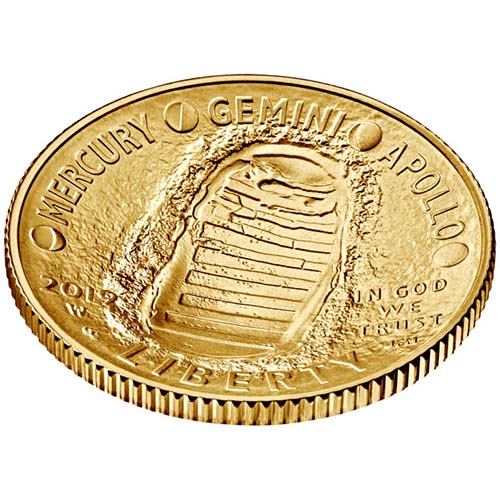 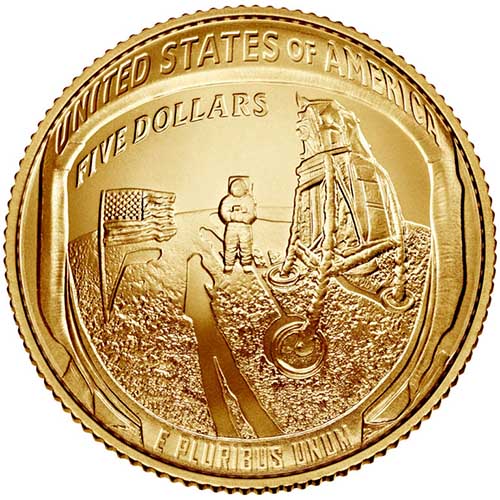 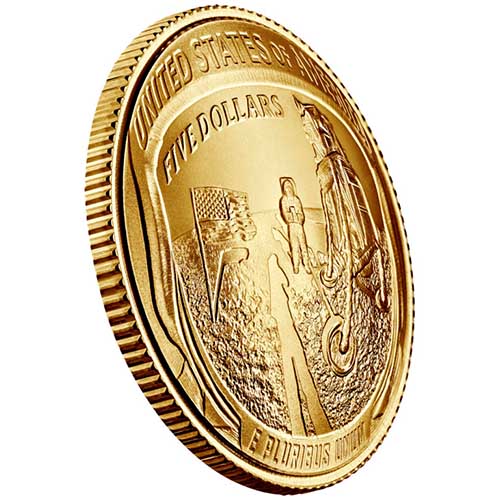 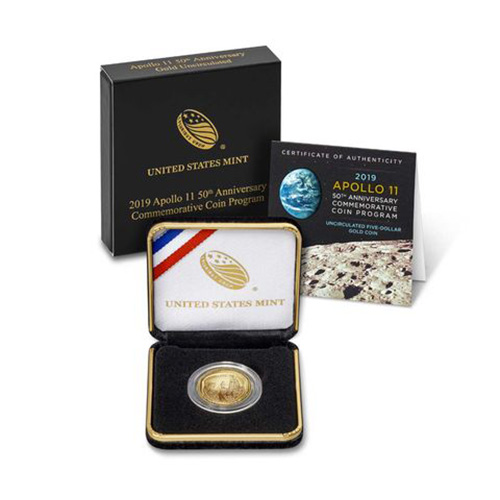 The Apollo 11 50th Anniversary coins all share the same design elements and are struck on curved blanks. The obverse side has a concave, or sunken, design field while the reverse has a convex, or outwardly curved, design field. The US Mint offers a total mintage of 50,000 gold coins spread across this bullion version of the design and a proof gold coin.

Apollo 11 was NASAs first manned mission to land on another celestial body. The three-man crew lifted off from Merritt Island, Florida, on July 16, 1969, powered by Saturn V rockets. Four days later, the crew approached the moon. Armstrong and Aldrin descended to the moon for a 21.5 spacewalk on the surface.

On the obverse side of 2019 $5 American Apollo 11 50th Anniversary Gold Coins is the image of an astronaut footprint on the surface of the moon. Engravings on this side include the words Mercury, Gemini, Apollo with the phases of the moon depicted in between each of the words. The national motto and word Liberty are also engraved on this side with the W mint mark.

The reverse of 2019 American Apollo 11 50th Anniversary Gold Coins includes a depiction of the famous photo from 1969 when Aldrin snapped a photo in his helmets visor that caught the reflection of fellow moonwalker Neil Armstrong. In the reflection, you can see Armstrongs figure with the Eagle lunar lander and the American flag in the design as well.

We encourage JM Bullion customers to reach out to us with any questions at 800-276-6508. You can also connect with us online through our live chat and email address features. Gold prices are also available to you courtesy of JM Bullion on our website with live updates throughout the day.