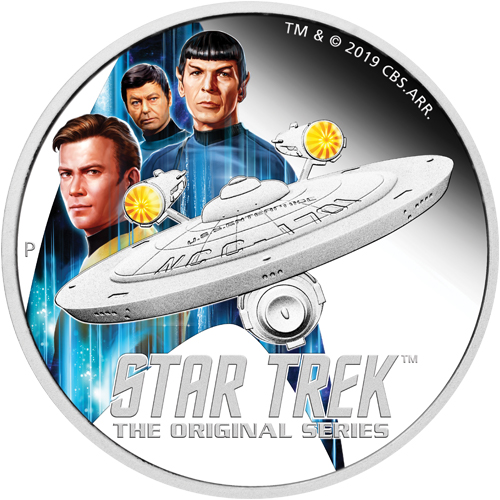 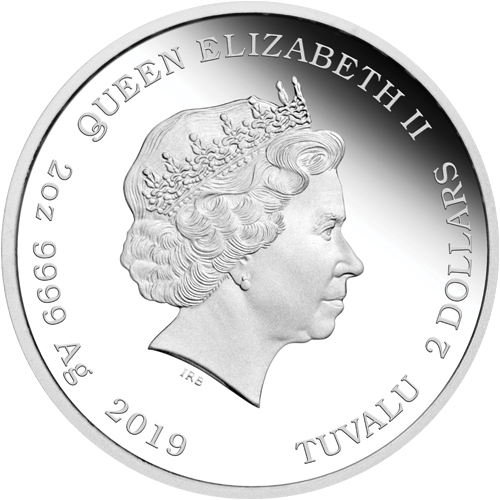 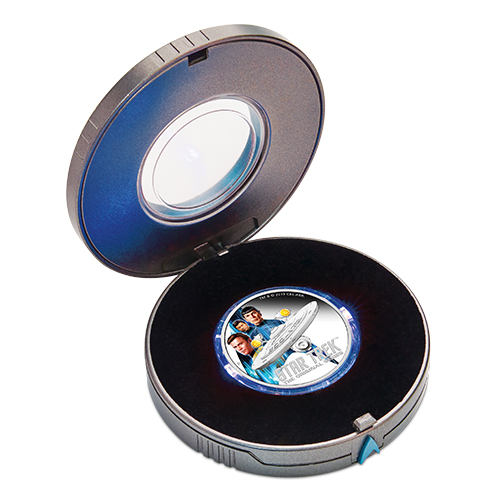 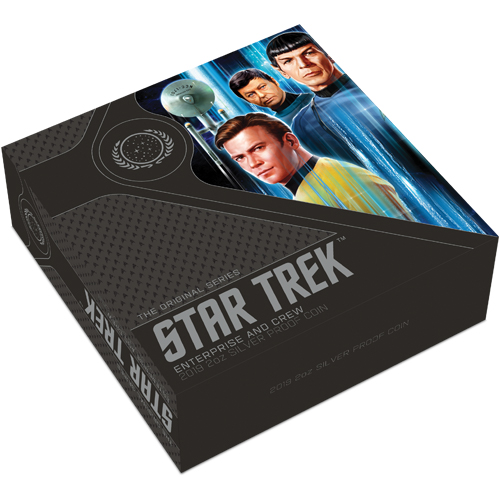 Although it was only on television for three seasons from 1966 to 1969, Star Trek has become a cultural icon and cult classic that has birthed a number of follow-up TV series and nearly 13 feature films. The series remains popular among coin investors as well with the Perth Mint issuing a range of commemorative silver for sale. Now, 2019 2 oz Proof Tuvalu Star Trek USS Enterprise and Crew Silver Coins are available to purchase online from JM Bullion.

In The Original Series, the USS Enterprise and its crew are sent to explore the galaxy on a five-year mission by Starfleet Command, an Earth-based organization. The starship is a Constitution-class spacecraft led by Captain James Tiberius Kirk and his crew. Included in this reverse design, you will notice the actual actors who portrayed Captain Kirk, Spock, and “Bones” McCoy.

On the obverse of 2019 2 oz Proof Tuvalu Star Trek USS Enterprise and Crew Silver Coins is a depiction of Queen Elizabeth II. Her Majesty is featured here in the fifth-generation design for Australian and Commonwealth coins in the South Pacific region. Designed by Ian Rank-Broadley, the image depicts the Queen with the Girls of Great Britain and Ireland Tiara, her favorite.

The reverse face of 2019 Proof Tuvalu Star Trek USS Enterprise and Crew Silver Coins bears the image of the USS Enterprise starship in beautiful silver. In the background, the Star Trek Delta insignia is featured with a colorized finish and features the images of Captain Kirk, Spock, and “Bones” McCoy by the actors who portrayed them in the television series.

These 2019 2 oz Tuvalu Star Trek USS Enterprise and Crew Silver Coins are shipped to you with beautiful presentation cases that lights up when you open the lid and the coin comes with a numbered Certificate of Authenticity from the Perth Mint.

JM Bullion encourages you to call us with questions at 800-276-6508. You can also contact us on the web using our live chat and email address features.