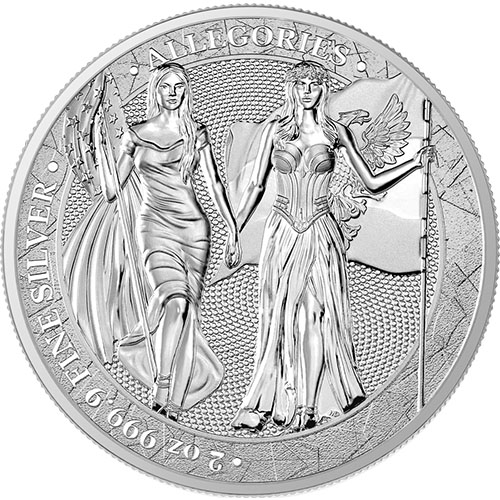 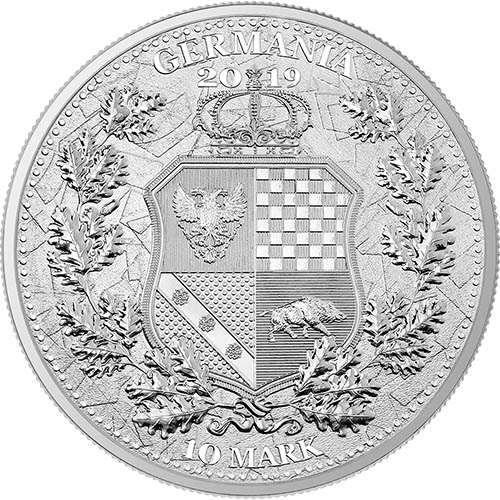 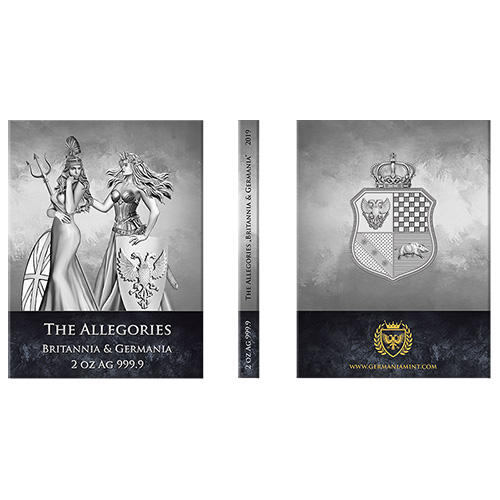 The Allegories Series from the Germania Mint features Columbia in its second design. She is the historic female personification of the United States and has been used since the 1730s in association with the Thirteen Colonies and, later, the new nation founded after the Revolutionary War. Now, 2019 2 oz Germania Mint The Allegories Columbia Germania Silver Rounds are available to you for purchase online from JM Bullion.

Female personifications of people and nations have been around for thousands of years. Each one was used to characterize a group of people or even refer to a nation using a Latin name. The practice began in the Roman Era when various provinces of the Roman Empire were given female names to characterize the region. This included the personifications of Germania, Polonia, Britannia, and Italia.

This practice was not limited to Europe or the Ancient world. When Christopher Columbus made his extensive journeys to the New World, the tribal destinations he found were referred to in Europe as Columbia. This term was first used in the 15th and 16th centuries to broadly refer to North, Central, and South America. By the 18th century though, the term Columbia became associated with British North America.

Columbia is the female personification of the United States of America and she walks side-by-side with Germania on the obverse of the 2019 2 oz Germania Mint The Allegories Columbia Germania Silver Round. Columbia walks on the left side of the design field with the American flag in hand, while Germania is on the right with a German eagle flag in hand.

The design on the obverse symbolizes the historic, shared European ancestry of the two regions and the future for these two allies. Germans moved to the United States in two major waves, with the second of those coming between 1820 and 1870 when 7.5 million Germans moved to America.

These 2019 2 oz Germania Mint The Allegories Columbia Germania Silver Rounds are available to purchase with a beautiful presentation box that includes a Certificate of Authenticity from the mint.

JM Bullion encourages you to contact us with questions about silver for sale at 800-276-6508. We are also available online using our live chat and email address features.