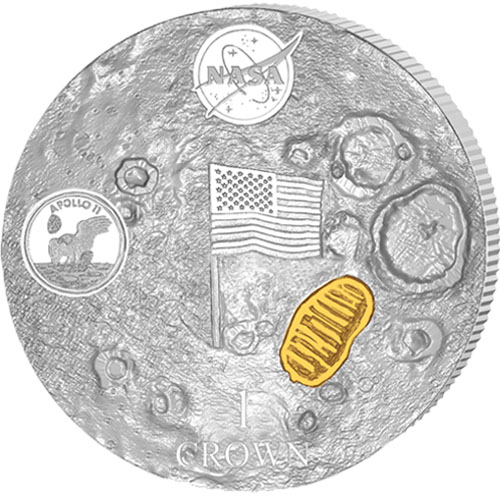 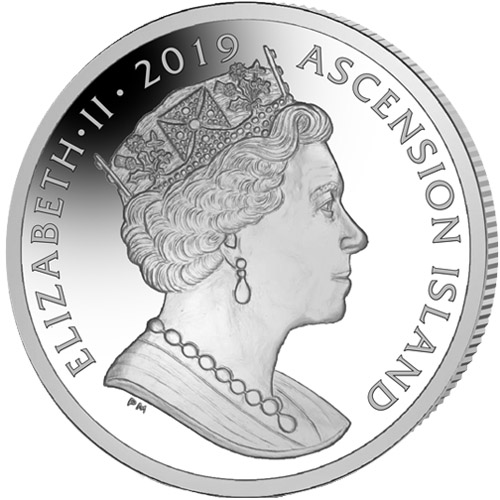 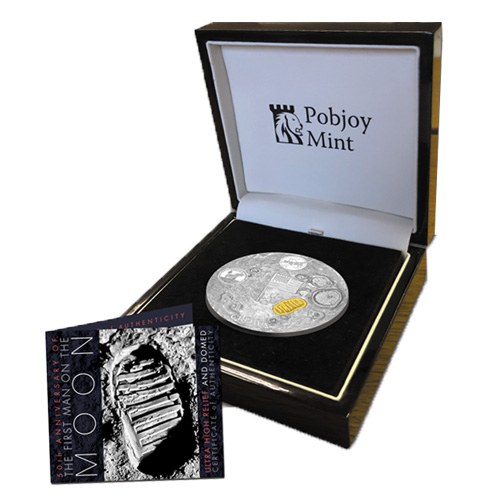 In 2019, the Pobjoy Mint was one of several global mints to issue commemorative coins marking the 50th anniversary of NASA’s achievement in sending mankind to the Moon and returning safely to Earth. The moment was filled with countless achievements, but the pinnacle was the moment when human beings set foot on another celestial body for the first time in history. Right now, 2019 2 oz 50th Anniversary of Apollo 11 Silver Coins are available to purchase online from JM Bullion.

Each of the 2019 2 oz 50th Anniversary of Apollo 11 Silver Coins in this product listing come to you with an individual black presentation display from the Pobjoy Mint. The coins in this release have an extremely limited mintage and come with a Certificate of Authenticity from the mint.

These 50th Anniversary of Apollo 11 Silver Coins are struck in ultra-high-relief, lending impressive depth and visual quality to the design strikes. Each one of the coins has a domed reverse surface that captures the 3D relief of the moon in perfect detail. An exceptional addition to this particular release is the gold plating on the astronaut’s footprint, capturing the uniqueness of mankind’s first steps on another celestial body.

Queen Elizabeth II is featured on the obverse of 2019 2 oz 50th Anniversary of Apollo 11 Silver Coins. This bust of the Queen is exclusive to the Pobjoy Mint and shows the Queen wearing the George IV State Diadem Crown, one of the few crowns and tiaras in the Crown Jewels of England.

The lunar surface is captured in intricate detail on the domed reverse of the 2019 50th Anniversary of Apollo 11 Silver Coins. The imagery here shows the many craters of the dusty lunar surface. The American flag is at the center of the design, with the NASA logo above and the Apollo 11 mission patch to the left. To the right, an astronaut’s footprint is plated in gold to stand out against the design field.

Apollo 11’s successful mission to the surface of the Moon culminated a decade-long mission put forth to the nation by President John F. Kennedy after the Soviet Union landed the first punch in the Space Race during the Cold War. The Soviets may have launched the first satellite, but America landed the knockout blow in 1969 by reaching the Moon and returning home safely.

If you have any questions, please contact JM Bullion. Our team is available at 800-276-6508, online through our live chat, and via our email address.