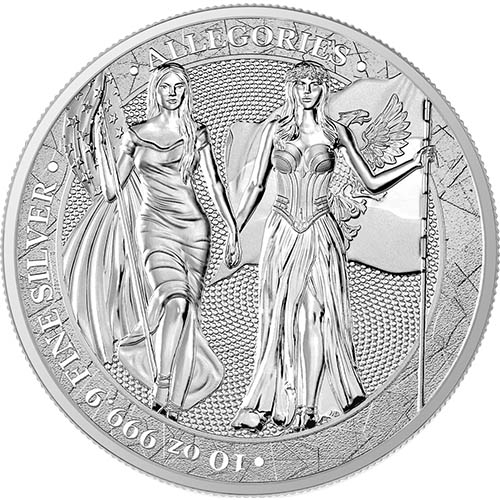 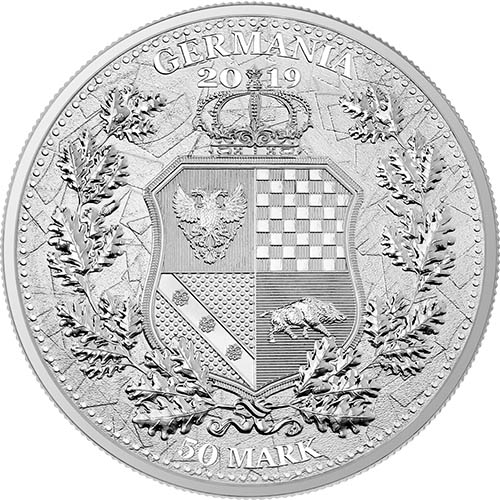 The Allegories Series launched at the Germania Mint in 2019 with the images of Germania and Britannia together, putting two ancient figures together with past clashes and modern friendship. In the second release, the deep historical connection between the United States and Germany is on display with the Columbia Germania issue. Today, 2019 10 oz Germania Mint The Allegories Columbia Germania Silver Rounds are available to you from JM Bullion.

Before Lady Liberty was ubiquitous with the United States of America, Columbia was the globally recognized female personification of the US. Columbia was actually first associated on a broad basis with the tribal lands of the New World following Christopher Columbus journey to the new world in 1492. By the 17th century, Columbia became more closely associated with French, British, and Spanish colonies in North America. Eventually, she was directly associated with the Thirteen American Colonies that became the United States of America.

All of the 2019 10 oz Germania Mint The Allegories Columbia Germania Silver Rounds in this listing are individually housed in a protective capsule and ship inside of presentation boxes. Each individual specimen comes with a Certificate of Authenticity as well. This is the first time a 10 oz silver version of The Allegories has been released!

On the obverse of 2019 10 oz Germania Mint The Allegories Columbia Germania Silver Rounds is the image of Columbia walking hand-in-hand with Germania. The symbolism points to the shared European ancestry of Germany and millions of American people, as well as the current and future alliance between the two nations.

The reverse of 2019 Germania Mint The Allegories Columbia Germania Silver Rounds includes the heraldic shield designed to represent the Germania Mint. The quartered shield is crowned at the top and the most prominent design is the double-headed eagle in the upper-left quadrant. This symbol comes from Roman mythology and the god Janus, the guardian of doorways, bridges, and other crossings or entry points. Ancient Germanic tribes and the German Empire adopted the double-headed eagle as a heraldic animal.

Please contact JM Bullion if you have any questions about these silver rounds. You can call us at 800-276-6508, chat with us live online, or email us directly.