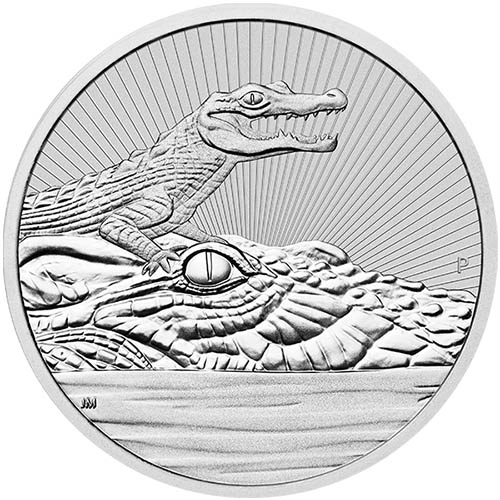 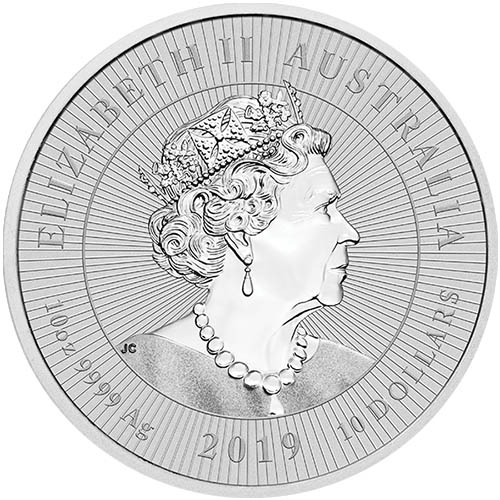 Crocodiles are one of the many ubiquitous creatures found in the wilds of Australia. Viewed by many with fear for their impressive size and sheer brutality, the crocodile is a vital part of the ecosystem in Australia and is commonly associated with the country on the global scale. Now, 2019 10 oz Australian Mother and Baby Crocodile Silver Coins are available to purchase online from JM Bullion.

The other species of crocodiles in Australia strike fear in the hearts of millions due to their size and ferocity. The saltwater crocodile has an average size in its male population of 4 meters in length, but commonly grow up to as much as 7 meters in length. The saltwater crocodile has a much larger habitat range that includes estuaries, rivers, lagoons, swamps, and even coastal beaches along the eastern coast of Australia.

On the reverse of these 2019 10 oz Australian Mother and Baby Crocodile Silver Coins, any fear one might have of these ancient beasts is undone by the loving scene that plays out. Despite the fact that crocodiles have the strongest bite force of any animal in the world, female crocodiles are remarkably gentle and kind to their young. They’ve been known to shuttle them around in their mouths to keep them safe, carrying as many as 15 at a time.

In this design, a female crocodile is submerged beneath the water with just a bit of her back and head above the waterline so she can see. On her back, a daring young crocodile sits in similar pose watching out over the waters around it.

2019 10 oz Australian Mother and Baby Crocodile Silver Coins are all available in Brilliant Uncirculated condition with radial lines on both sides of the silver bullion coin. These specimens are housed individually inside of acrylic capsules.

We encourage JM Bullion customers to contact us with questions at 800-276-6508. You can also connect with us on the web through our live chat or send us an email with your inquiries.