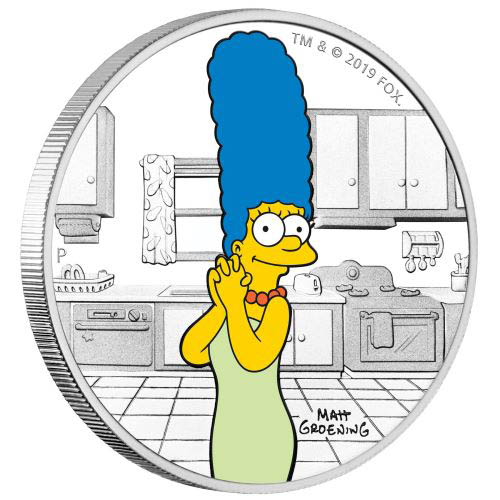 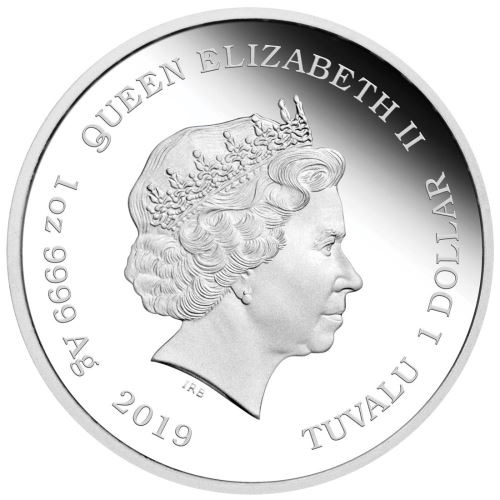 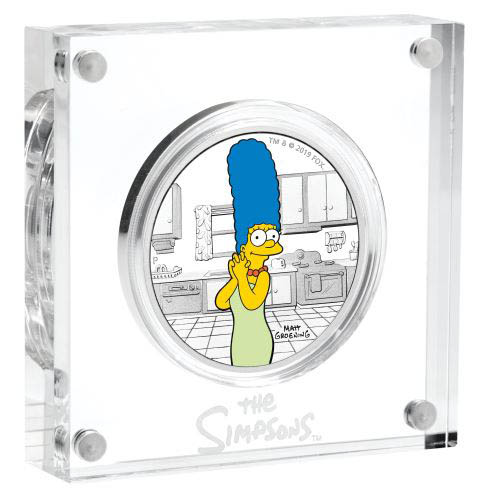 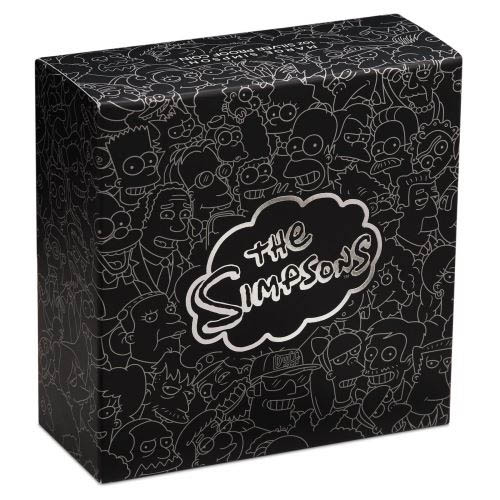 The third silver coin for sale in The Simpsons Series from the Perth Mint is now available and features the matriarch of the yellow cartoon family. Named for the mother of the show’s creator, Marge made her first appearance on April 19, 1987. Today, 2019 1 oz Tuvalu The Simpsons Marge Proof Silver Coins are available to you online from JM Bullion with presentation packaging.

The Simpsons family first appeared on American television in 1987 in 30-second shorts on The Tracy Ullman Show. Marge’s first appearance in these shorts came in “Good Night”, a short that aired on April 19, 1987. More than two years later, The Simpsons got their own 30-minute animated series on Fox in December 1989 and continue to debut new episodes 30 years later.

All 2019 1 oz Tuvalu The Simpsons Marge Proof Silver Coins are available to you in beautiful presentation packaging. The coin itself is housed in a clear acrylic capsule that allows you to see the design on both sides of the coin without removing the specimen from its protective package. The acrylic case is housed inside of Simpsons-themed shipper and comes with an individually numbered Certificate of Authenticity.

On the reverse of 2019 1 oz The Simpsons Marge Proof Silver Coins is a depiction of the family matriarch in the kitchen of their home. Matt Groening, a cartoonist and the show’s creator, created Marge’s image while waiting in the lobby of James L. Brooks’ office to pitch him show ideas. Groening named Marge Simpson after his own mother, Margaret Groening. This colorized depiction of Marge showcases her trademarked green dress, red pearl necklace, and her tall, blue hair.

The obverse of 2019 1 oz Tuvalu Marge Proof Silver Coins includes the image of Queen Elizabeth II. This effigy of Her Majesty was created in 1998 by Ian Rank-Broadley for the Royal Mint of England and has been in use on Australian and other Pacific Ocean Commonwealth nations since that time.

The Perth Mint issues the five-coin The Simpsons series with images of each of the main characters from the family. All designs are used with permission of THE SIMPSONS and Twentieth Century Fox Film Corporation. All Rights Reserved.

Please feel free to reach out to JM Bullion with your questions. You can call us on the phone at 800-276-6508, chat with us live online, or simply send us an email with your inquiries.

Manuel from - August 28, 2020
"I do my shopping with all confidence because the previous purchases came to me very well, they are very careful and responsible ensuring the packaging. I recommend them 100%"