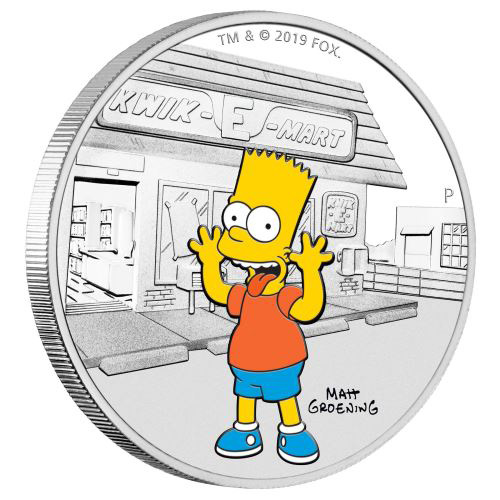 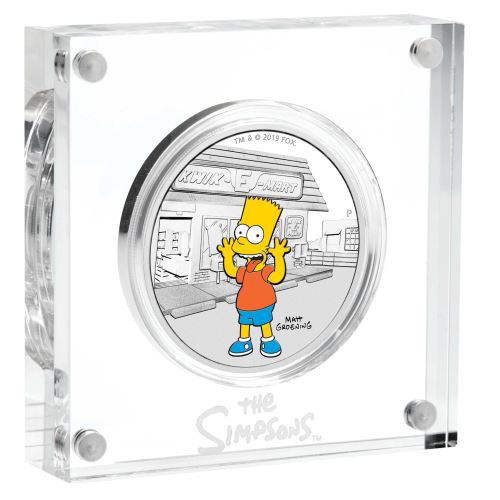 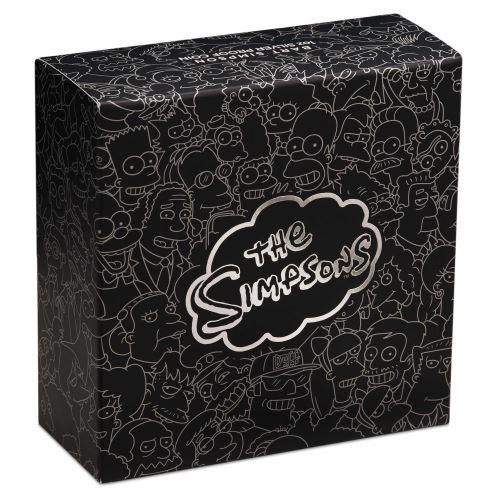 The Simpsons is the most iconic animated show on American television. First aired in 1987, the show has become a staple of American TV viewing for several generations and remains on the air more than 30 years after its debut with fresh riffs on American society and global topics with each new season. Right now, 2019 1 oz Tuvalu The Simpsons Bart Proof Silver Coins are available to purchase online from JM Bullion.

Each of these 2019 1 oz Tuvalu The Simpsons Bart Proof Silver Coins is an officially licensed product of The Simpsons and Twentieth Century Fox Film Corporation. The silver coins for sale here are individually housed inside of clear acrylic cases that enable you to view both sides of the coin without removing it from its packaging. The cases arrive inside of themed shippers and come with an individually numbered Certificate of Authenticity.

As of 2018, The Simpsons holds the distinction as the longest-running scripted TV show in American history. What started out as 30-second skits on The Tracy Ullman Show later turned into a half-hour TV series known as The Simpsons. Today, the family is a worldwide cultural phenomenon broadcast in 60 countries around the world and 20 different languages.

On the reverse of 2019 1 oz Tuvalu The Simpsons Bart Proof Silver Coins is the image of the prankster of the family, Bart Simpson. The eldest child and only son of Marge and Homer, Bart is a classic underachiever in school and devilish fiend outside of school. He is depicted on this side of the coin wearing his trademark blue shorts and orange shirt as he sticks his tongue out at you.

The obverse of 2019 Tuvalu Bart Proof Silver Coins includes the fourth-generation Royal Mint of England effigy of Queen Elizabeth II. Designed by Ian Rank-Broadley in 1998, it captures Her Majesty in right-profile relief.

These coins come from the Perth Mint of Western Australia. A state-owned entity, the Perth Mint is Australias oldest operating mint and is independent of the Royal Australian Mint in Canberra.