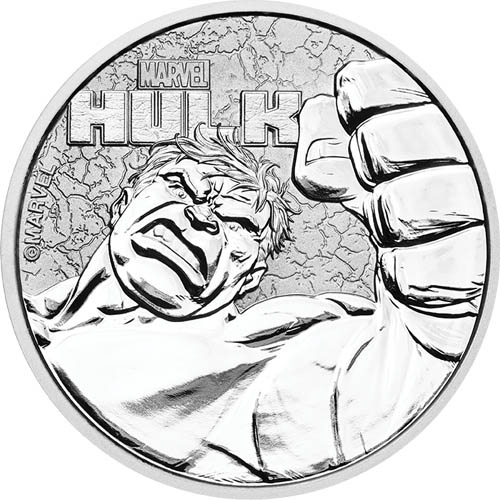 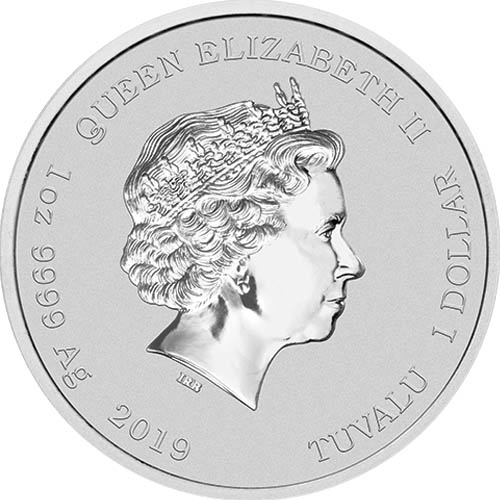 There seems to be no stopping the success of Marvel Comics right now. From the big screen in Hollywood to precious metals, the superheroes from the Marvel Universe are conquering all obstacles in front of them. The massive figure of Hulk comes to the Perth Mint’s highly-successful Marvel Series of silver coins. Right now, 2019 1 oz Tuvalu Hulk Marvel Series Silver Coins are available to purchase online from JM Bullion.

Each of the 2019 1 oz Tuvalu Hulk Marvel Series Silver Coins in this product listing comes to you in Brilliant Uncirculated condition from the mint. The coins are individually housed inside of protective plastic capsules or rolls of 20 coins. You can also purchase the coins in bulk boxes of 100 or 300, with those boxes containing five or 15 rolls, respectively.

Yet another character from the Marvel Universe created by Stan Lee and artist Jack Kirby, Hulk made his debut in May 1962 in the first release of The Incredible Hulk. The Hulk is portrayed in the comics and in feature films as contrasting personalities. One is the green-skinned hulking mass with superhuman physical strength, while the other is a socially-awkward, withdrawn physicist.

On the obverse face of 2019 1 oz Tuvalu Hulk Marvel Series Silver Coins is an image of Queen Elizabeth II. This is the Royal Mint of England’s fourth-generation portrait of Her Majesty. It featured on British coins from 1998 to 2015, on Australian coins from 1998 to 2018, and continues in use on coinage for smaller commonwealth nations like Niue and Tuvalu to this day.

The reverse of the 2019 Tuvalu Hulk Marvel Series Silver Coins includes a depiction of the Hulk. He is, in reality, the mild-mannered physicist Dr. Bruce Banner. When engraved, Banner loses control of himself and morphs into his alter ego as the massive and powerful hulk.

The Perth Mint is Australia’s oldest operating mint. Founded in 1899, it was originally a Royal Mint of England facility in the colonial era. Today, it is owned by the state government of Western Australia and operates independently of the Royal Australian Mint.

If you have any questions, please contact JM Bullion. You can call us on the phone at 800-276-6508, chat with us live online, or email us directly.