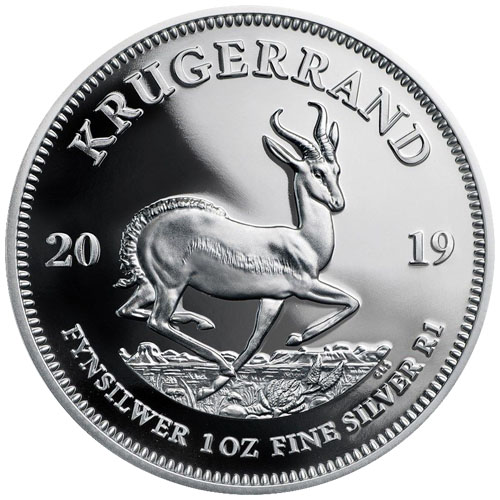 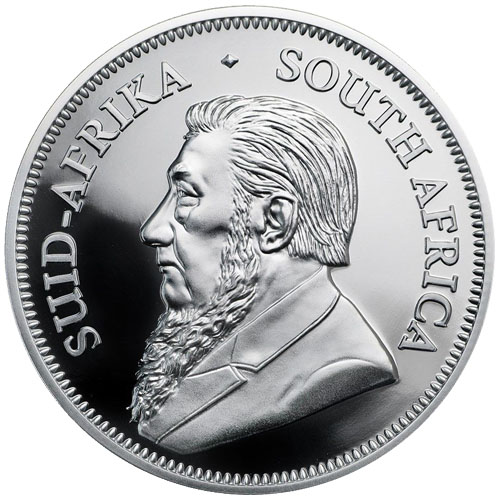 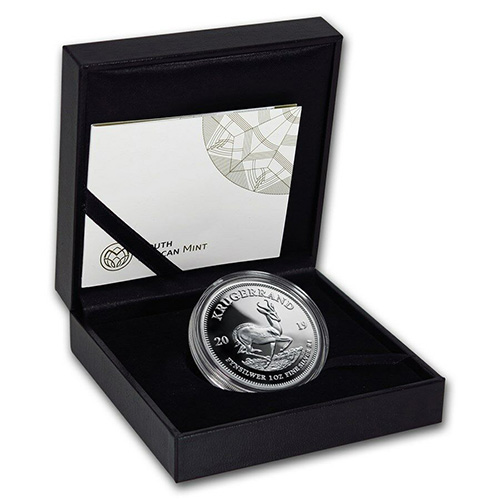 All of the 2019 1 oz Proof South African Silver Krugerrand Coins in this product listing come to you with a South African Mint commemorative box. These black boxes house the coin in a velvet-lined slip and come with a Certificate of Authenticity from the South African Mint. The coins are proof specimens with frosted designs and mirrored background fields.

On the obverse of all 2019 1 oz Proof South African Silver Krugerrand Coins is the image of Paul Kruger. Known to Boers in South Africa as Oom Paul, or Uncle Paul, he was a leading military figure during the Boer Wars against British control in South Africa and was eventually the first democratically elected president of the South African Republic.

Both designs on the Krugerrand coins were modified in 1984. Otto Schultz completed modernization of the effigy of Paul Kruger on the obverse and Coert Steynberg redesigned the Springbok antelope for the reverse.

Please feel free to reach out to JM Bullion if you have any questions about these proof silver coins. You can call us on the phone at 800-276-6508, chat with us live online, or simply send us an email.