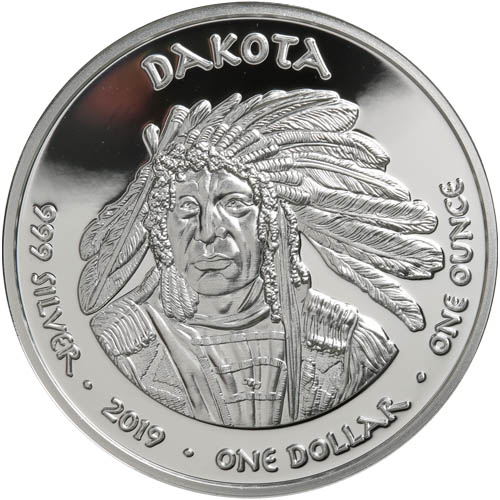 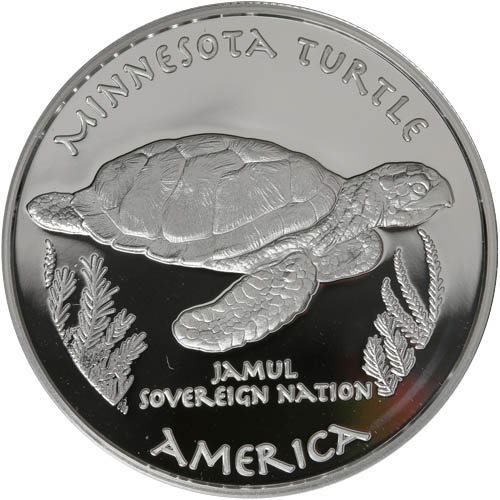 The Proof Native American Silver Dollar Series from the Native American Mint is a bold and ambitious program that features distinctive designs representing indigenous people from the United States and Canada. The series offers a unique design on the obverse and reverse for each state in the US, with a tribal figure on the obverse and an animal on the reverse. Right now, 2019 1 oz Proof Minnesota Dakota Turtle Silver Coins are available to purchase online from JM Bullion.

Each of the 2019 1 oz Proof Minnesota Dakota Turtle Silver Coins available to you here today comes with its own protective plastic capsule. The coins in this series are proof silver dollars with matte design elements and mirrored background fields. Though each coin has a face value inscribed on it of One Dollar, the coins are not legal tender in the United States. Each coins value is backed by the issuing tribe, but only the United States Mint has the legal authority to issue legal tender coinage in the US.

The Dakota people are a broadly based tribe with a historical range that covers much of the Upper Midwest in the United States and portions of southern Canada. The Dakota are split into two primary subcultures known as the Eastern Dakota and the Western Dakota. The Eastern Dakota, also known as the Santee, reside in the area of the modern Dakotas, Minnesota, and northern Iowa.

On the obverse of 2019 1 oz Proof Minnesota Dakota Turtle Silver Coins is the front-facing portrait of a tribal elder wearing a full headdress. The Eastern Dakota branch of Santee people known as the Mdewakanton historically called the region in central Minnesota around Lake Mille Lacs home. This tribal band formed what was known as the Upper Council of the Dakota.

The reverse side of 2019 Proof Minnesota Dakota Turtle Silver Coins features the image of an aquatic turtle species swimming through the water. Minnesota is known as the Land of 10,000 Lakes, though in truth the state has more than 11,842 lakes with 10 acres or more of space. If you were to count all lake basins over 2.5 acres, Minnesota has 21,871 lakes.

If you have any questions about this silver for sale, please feel free to ask. JM Bullion customer service is available to you at 800-276-6508, online using our live chat, and via our email address.