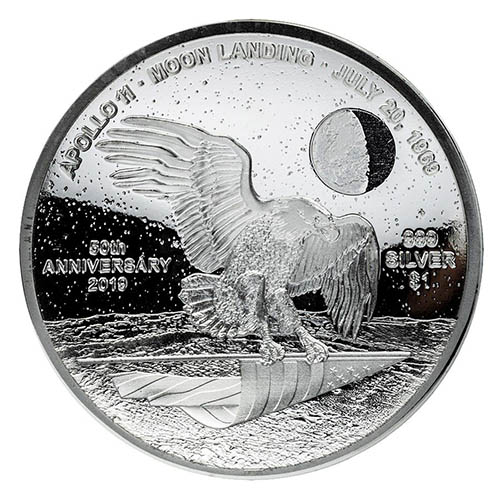 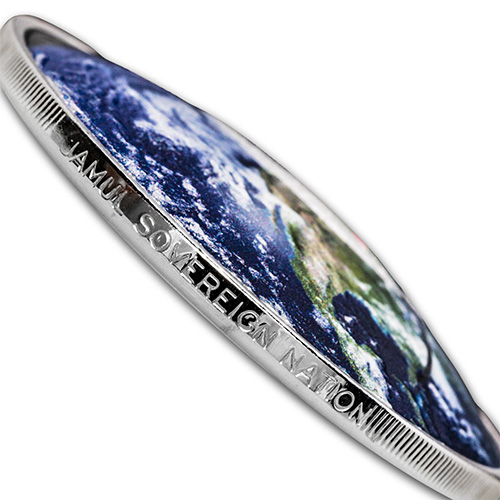 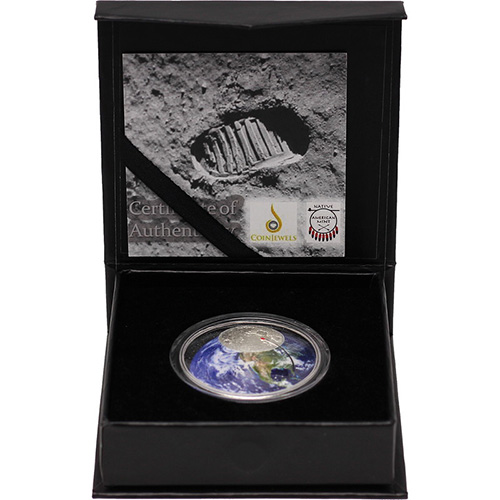 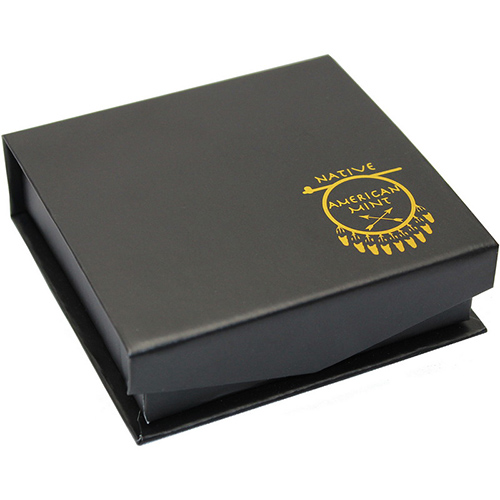 In 1961, President John F. Kennedy proposed to the American people that before this decade is out, we shall land a man on the Moon and return him safely to the Earth. This new national goal for the decade was in response to the Soviet Unions surprise success with the Sputnik orbiting satellite launched two years earlier. By 1969, America had definitively won the Space Race in the Cold War with the 1969 Apollo 11 moon landing. Right now, 2019 1 oz Proof Jamul Moon Landing Curved Silver Coins are available to purchase online from JM Bullion.

Each of these stunning 2019 1 oz Proof Jamul Moon Landing Curved Silver Coins is available to you with its own protective plastic capsule and is housed within a protective box. The silver coins for sale here have a limited mintage of just 5,000 and come with a numbered Certificate of Authenticity.

These coins from the Native American Mint offer the latest in coining technology as the reverse side is not only beautifully colorized, but also depicts the travel path of Apollo 11 from its launch pad in Florida to the surface of the moon. The curved display puts the moon above the planet with the brilliant blues of the worlds oceans, white clouds, and the geographic colorization of the United States depicted in the background.

On the reverse of the 2019 1 oz Proof Jamul Moon Landing Curved Silver Coin is the image of an American bald eagle touching down on the surface of the moon. Its wings spread wide, the eagle lands with the American flag clutched tightly between its talons. In the distance, the surface of Earth is visible with half the planet shaded by nightlight.

If you have any questions about these silver coins from the Jamul Sovereign Nation, please contact JM Bullion. Our customer service team is available at 800-276-6508, online using our live chat, and via our email address.